This is an industrial themed level.
According to the author; the toxic waste refinery was working fine until a new manager showed up, an ugly looking one.......
He turned the factory upside down; meaning that instead of cleaning up waste the facility poisoned it's surroundings.
It's only one man who can restore the plant.......or nuke it!

The level is quite big so a COOP play would be nice. Don't sure about Dukematch though.
It's a journey through lots of corridors, warehouse, control room, piston chambers, toxic waste tanks and more.
Design is quite good for it's time with nice texturing, lighting and shading.
There's hordes of enemies and it could be wise to look for secret stashes....
Only downside of this level is the fact that it is actually 8 different "button-combo-puzzles" scattered about. Maybe except from the one inside one of the waste treatment tanks...that's a good one.
Expect at least 30 minutes to pass this map. 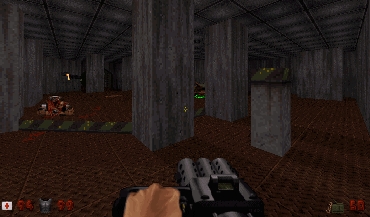 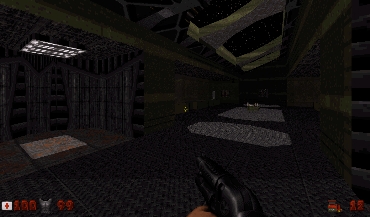 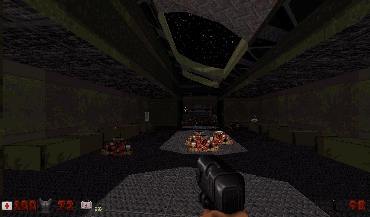 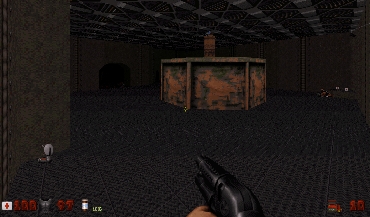 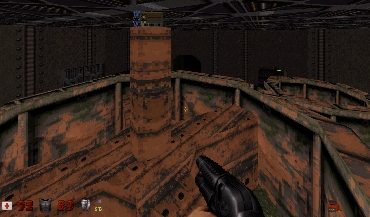 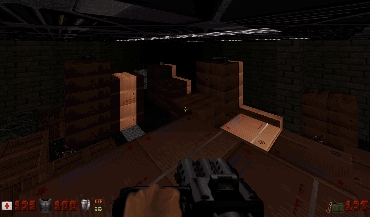