The first level is a mix between (asteroid) lunar surface canyons and narrow caves. There's not a lot to the map as far as detailing or variation. It's a linear path that alternates between above ground and under ground. There is some cliff climbing and the elevation changes with slopes, but that's about it. Combat is a bit repetitive, and dealing with sentry drones in narrow passages has its good and bad. It can't buzz around and get away from you so you don't waste a bunch of ammo trying to kill it, but then you can't get away from its explosion very well either. It's not all bad, there's a good firefight about three quarters of the way through, with a nice variety of enemies, and there's a fair amount of health and ammo to deal with all the baddies.

The second level is a deep underground mine with machinery, conveyors, and other accessories associated with such an operation. The level is primarily a series of narrow tunnels with multiple rooms of various sizes and shapes. The architecture and detailing is a bit sparse in several areas, but is decent enough to provide a good atmosphere. The flow is centered around a room with a large piece of mining machinery that acts as the hub of the level. The premise is to search one branch at a time to ferret out a key which will give the player a code to activate the machine. This will knock down a wall and allow Duke to escape back to the surface. Combat can't be too innovative in such confined settings, but there are a couple engagements in the larger rooms that spice it up a little. A few too many free-range atomic healths does take away from the challenge though.

The third map is an EDF styled station on the surface of the asteroid. It's not exceptionally well detailed, and the architecture is pretty blocky for the most part, but the author does make interesting use of textures and palettes. The station is made up of three primary sections; warehousing, scientific laboratories, and a computer mainframe. The main premise of the map is a key card hunt, but each section also has its own type of puzzle. The warehouse portion has jump puzzles, the laboratories have the player hunting down a switch, the interior of the computer has a self-destruct sequence that the player has to escape from. The escape sequence can be messed up and the player can become trapped though. Combat is pretty consistent throughout; even during the times when backtracking is required.

The fourth and final map is pretty much a linear path of EDF space-station styled hallways and a few random rooms with computer consoles. The entire theme of game play in this level consists of a series of collapsing ceilings and random explosions. The player has to seek out hidden or camouflaged passages, figure out button puzzles, and explore mazes; all while trying to avoid being crushed or blown up. It's pretty annoying. Save frequently. Even when the launch hangar at the end is reached, the final boss practically falls on the players head when it enters the room. Running fast in the right direction is the name of the game here. The only thing missing are the gold rings. 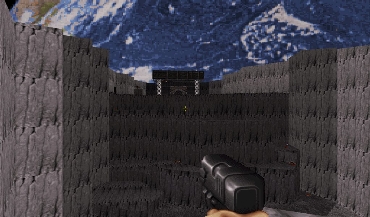 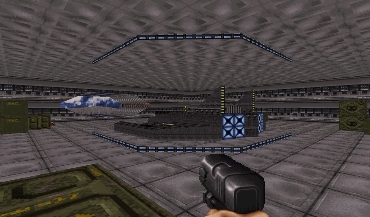 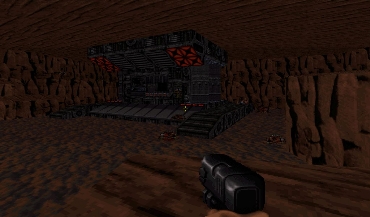 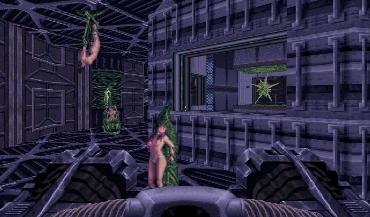 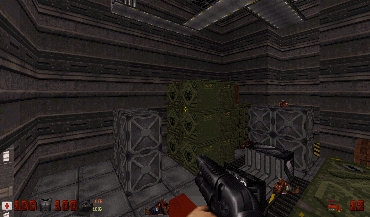 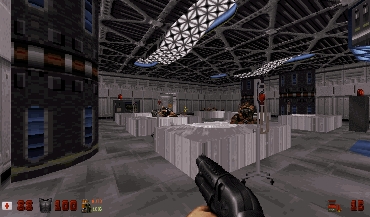