An EDF styled missile base.

The map takes its inspiration from the original maps Launch Facility and It's Impossible.
The outdoor section is a short jaunt of climbing rock terraces to open a bunker door in a cliff face, while rain falls and lightning strikes. Most of the indoor sections are made up of concrete and steel with several control rooms and grating-floored platforms.
The shading is pretty weak in a lot of areas, but generally the level is well constructed and detailed.
Game play is primarily a key-card hunt. It's pretty straight forward, but some odd design choices allow for keys to be bypassed, and there are a couple instances of uneventful back-and-forth over the same ground that could have been easily avoided.
The supply to alien ratio is slightly in Duke's favor, and even more-so if several secret stashes are found and the player manages to set off most of the pig-tanks self destruct buttons. There are a lot of them, and a good portion of them are jammed into corridors, so it's not an easy thing to do, but it can be done. Just keep in mind that a couple of bad or careless encounters with those tanks will cost a lot of health.
More fun than okra. 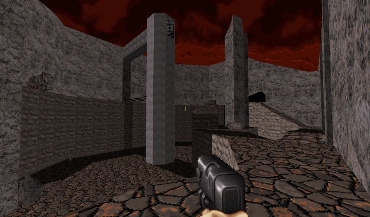 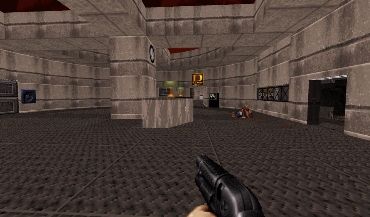 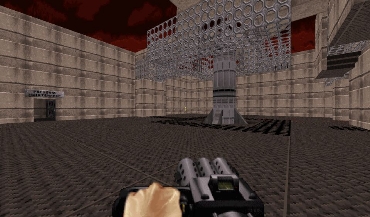 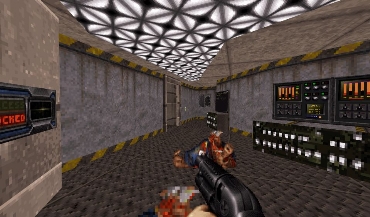 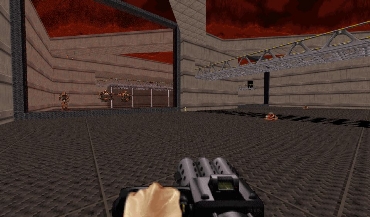 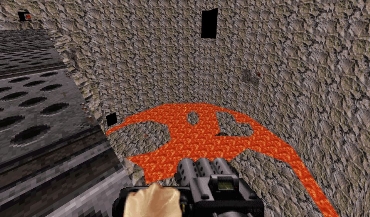