A city styled map.
There's not much to this level; it's a couple street sections and a couple office and hotel apartment type buildings. It suffers from over-sizing, lack of shading, and the outdoor areas are pretty devoid of any kind of detailing.
The few indoor sections are decent, but still pretty plain which is mostly due to minimal effort put towards creating any ambiance.
Other than a few blurbs coming from the computer that's trying to kill Duke and some computer ambiance at the end of the map the one sound prevalent sound throughout the map is from the exploding rockets that are coming out of shooters which were set early in the map to ambush the player. After a while this gets pretty annoying.
The layout is very linear with little to no deviation from the path. Getting around consists pretty much of walking down the street, go in a building, ride an elevator up, ride an elevator down.

Game play is move from point A to point B.
There are a couple keys and a couple button puzzles, but they're pretty much put right in the linear path. The only thing that really slows down any kind of speed run would be all the elevator rides. Combat is nearly non-existent.
There's nothing in the map besides sentry drones and turrets and it seems kind of pointless on why the player is provided with weapons outside of the pistol. The only danger to the player comes from some rocket shooters, a squish trap, and an explosion trap. 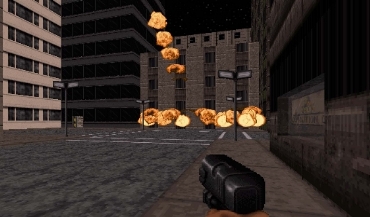 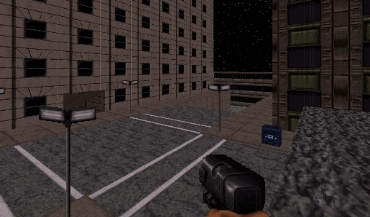 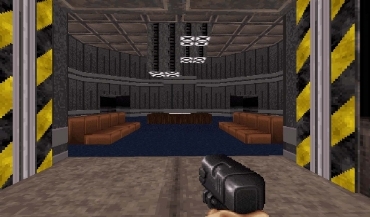 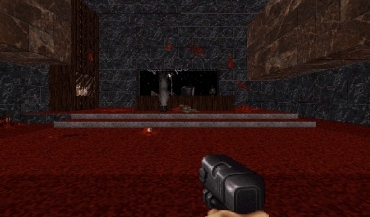 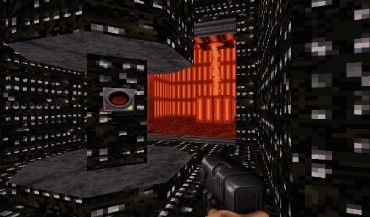 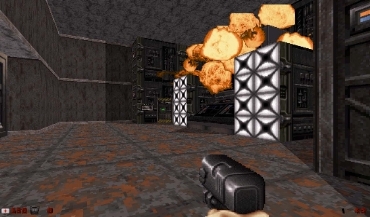