This package consist of two maps; "The end of the world" and "Pigworld".
Both of 'em are city styled maps that comes with lots of new stuff: New ART, new music, new sound, new enemies and hacked con-files

Both maps are quite similar to each other and they're damn well built hence they were made back in 1997. The cityblock hold all areas that an early map should have, such as : bars, strip joints, library, offices, warehouse and so on.
The mission is easy: roam the city for the three mandatory keycards that unlocks the final gate. Having said that; the resistance is pretty tough. After each unlocking of an area the resistance will increase...including new enemies.
All weapons are available and the city hold ammo and healing item depotes here and there.
Some half an hour of pure action is to be expected for each map. 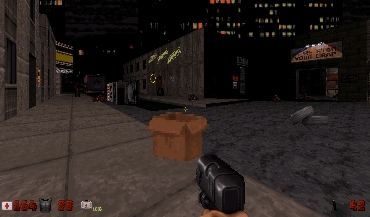 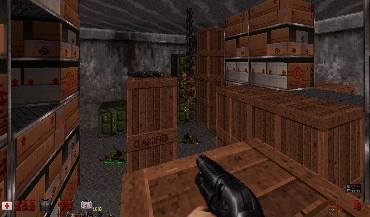 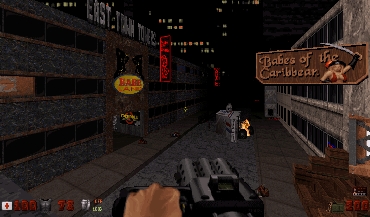 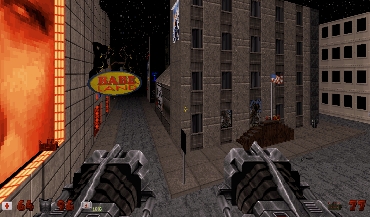 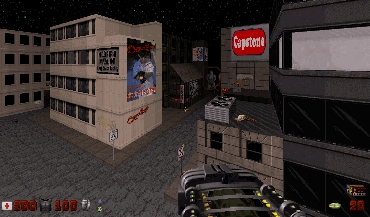