An urban rail station styled map.
The level is rather short and done in a minimalistic style. The base architecture is good and it has some nice shading and texture combinations, but detailing is a little thin in spots and there are several open empty locations that appear a bit plain.
There are also a few construction issues and some of the sector work that will either squish or trap the player.

Game play consists pretty much of finding one key card needed to get out of the station.
The layout is hub styled with a few side paths and a centrally located lock. The scenery does change up from indoor plaza to outdoor platforms, and also some ventilation shaft crawling and a little street action.
Additionally respawns keep the action constant, so the level is far from dull.
Unless some of the secrets and stashes are found by doing a little extra exploring the player's going to be seriously outgunned and without ammunition. Even then it can still be pretty tight on the supply to enemy ratio.
Save often. Not so much for the fights as for the dangerous and unpredictable sector issues. 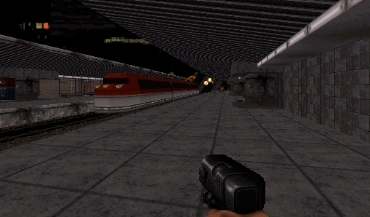 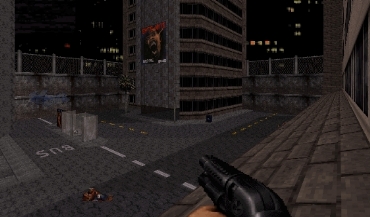 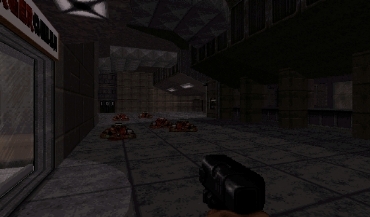 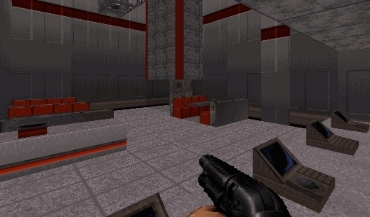 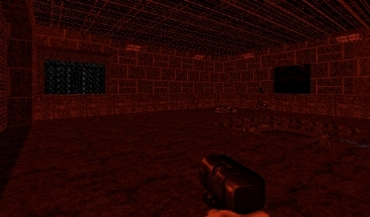 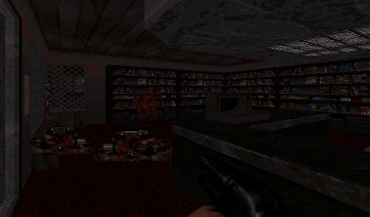