A high-tech EDF base and jungle island map.
The level is pretty short; first Duke cruises through the main base, teleports to a tropical island, makes his way through some forested canyons and a small cramped jungle, then into another base where he must set off a trash burner and finally head back to the main base.
Aesthetically it's decently detailed and constructed with some good architecture on the rock outcroppings and trees, and has nice trimming in the facilities.
The environment is fairly interactive with some explosions, Duke getting to fire a tank, and also start a trash incinerator fire.
The layout is very linear and pretty much makes one big circle, but there are enough elevation changes and twists and turns in the path that it doesn't seem too canned or piped.

Game play is basically navigating from point A to point B while throwing a couple switches on the way.
Once the main base is left combat is pretty continuous. There aren't any nasty behind the back respawns, but most of the enemies are hidden in little culverts or in the trees somewhere set up waiting in ambush.
A fair amount of weapons are available if they can be found in their off the path stashes, but ammunition and healing items are pretty scarce and thinly spread. This can get the player in a bit of trouble if they rush headlong into one of those sneak attack traps. 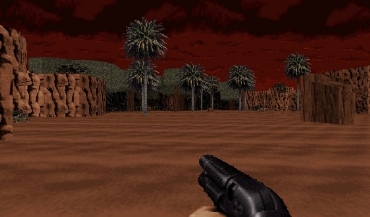 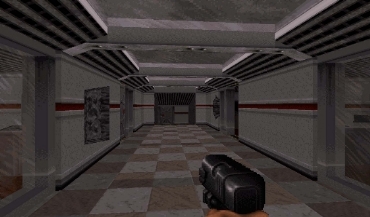 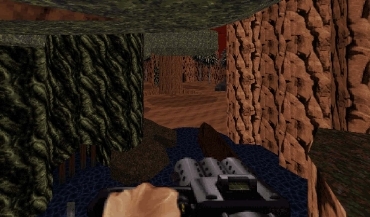 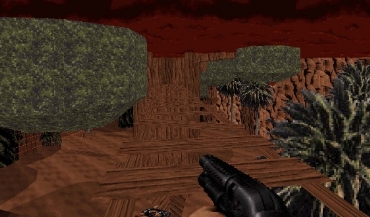 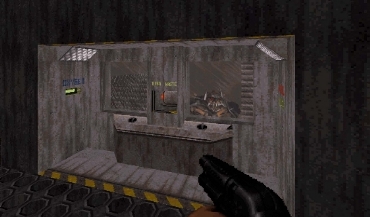 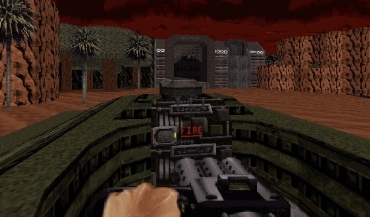