This map is an adventure / exploring experience in between some alien ass-kicking.
Duke is travelling through lots of places like; caves, industrial areas, warehouses, underwater areas and more.
The goal is more or less a hunt for keycards and switches to open new areas. Since there is lots of places to visit the player will eventually do some backtracking but that's okay. There is plenty of exploring and action.
The design is quite good with nice texturing and decent lighting / shading. The level is also holding lots of effects that gives some life to it.
You'll find heavier weapons on your way and there is plenty of ammo and healing items along the way.
If the author had thrown some more details into the map and maybe made it more linear the score could have been cranked further up the scale. But it's a very cool map to explore either ways.
Give it a spin now!

Note: There is a bat file in this package but it isn't necessary to edit. You only need the MAP and ART file in order to play this level (remember to rename the ART file to tiles012.ART) in addition to the MID file if you wanna have the custom music. 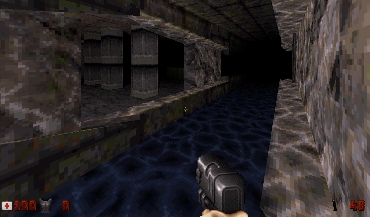 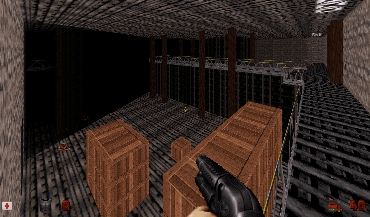 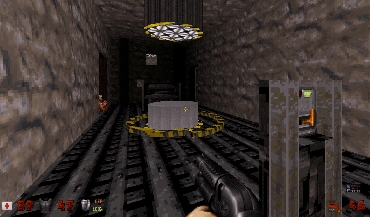 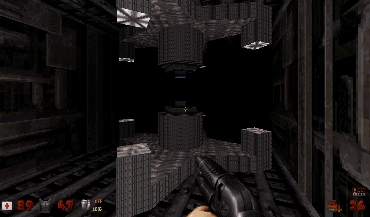 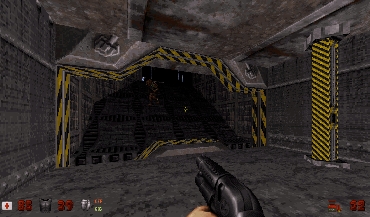 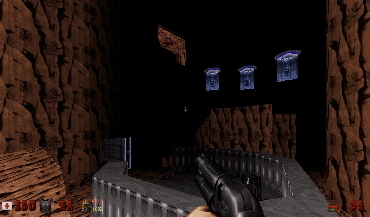