A level set around an Antarctic outpost based on John Carpenter's version of The Thing.
The author painstakingly recreated the basecamp as accurately as possible with great care for detail and layout. This map is one of the most articulate and highly detailed levels one is likely to find. Some parts are gloomy and shadowy while other areas are very bright with strong shading to create contrast and depth. The spritework, detailing, and trimwork are immaculate.
The downside to incorporating all this detailing and spritework makes some rooms difficult to navigate, and at worst the player can get stuck between some crates, the ceiling, and a light fixture.
There are a few ambient sounds pulled from the movie and is a nice addition to the atmosphere, but a few more could have been used to build up a sense of tension to compliment the theme.
The layout is open and there's no particular order in which to explore the building.

Game play is a button searching puzzle.
The player must wander around the outpost to find several buttons that ultimately unlock the basement which leads to an ending sector with a cut scene.
There are no enemies, no weapons, and no supplies. With minimal amounts of environmental interactivity, little suspense, and no action; this can be interpreted as little to no replay value and regulates the map to the equivalent of a museum piece. 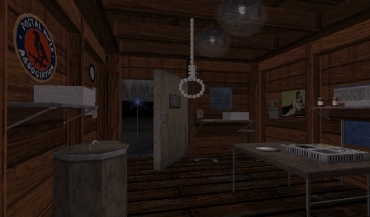 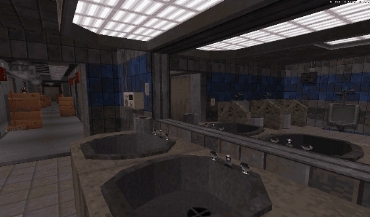 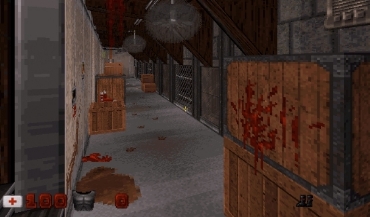 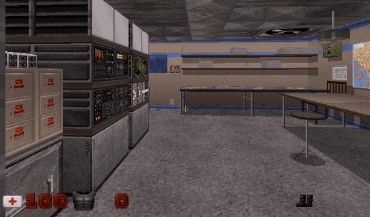 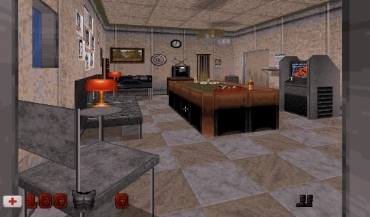 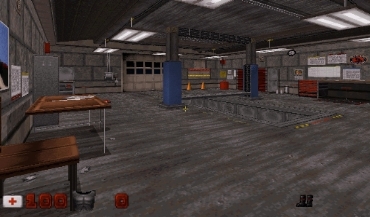