The level leans heavily on the influence of maps like Red Light District and Hollywood Holocaust in their texturing, detailing, and strong shading techniques.
Game play style is also quite similar, as in key card hunts in urban environs that switch back and forth between open outdoor street sections, and semi-linear indoor locations that have multiple entries and exits.
It's a pretty straight forward progression with a few added quirks; such as the lounge and office where Duke is shrunk and has to platform off of furniture.
The map is well balanced between aliens and the incremental weaponry collection. There's a good amount of healing items and quite a few stashes of equipment that really doesn't throw the level out of balance.
More fun than looking under your couch for treasure. 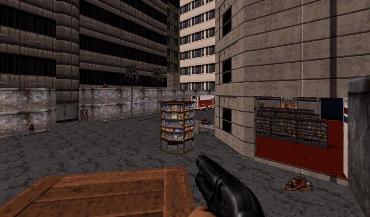 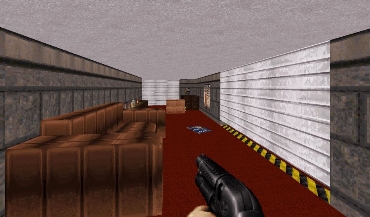 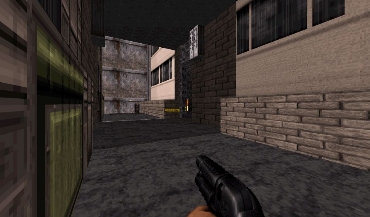 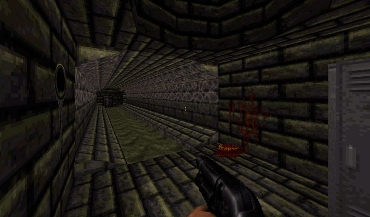 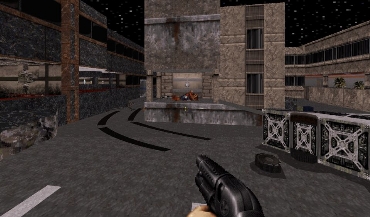 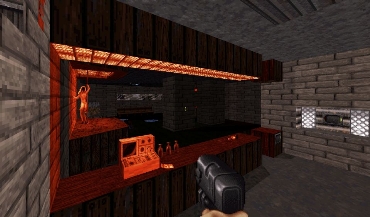