An EDF moon base. Of course it's been overrun by aliens so Duke must get in there and set off the self-destruct. It's a well-constructed map with a good amount of trimming and detailing.
The locations are what one would typically find in a high-tech off world base; such as control rooms, crew's quarters, an infirmary, and a reactor room. Evidence of the aliens trashing the place is present in most of it with collapsed passages, things on fire, holes in walls, and knocked down ceiling tiles. Combined with strong shading and some lighting effects, it makes for a immersive atmosphere.
The base has some depth and navigation moves along the vertical plane. Between the staircases, lift, and ventilation shaft crawling the map provides a sense of tiered layers and progression.

Game play is mostly of the switch throwing variety. The player starts in a large central room that serves as a hub for all the locked doors around its perimeter. Enter the one open door, throw the labeled switch, go back to the hub and find the correspondingly labeled door.
Most of the sections are only a room or two deep except for one which takes the player on a small excursion to find a red card.
Combat can get pretty tough at times. The weapon selection is quite limited and on several occasions the player is jammed into a tight corridor either engaging with fat commanders or a stack of enforcers.
There's a fair amount of ammo for the weapons, but with the restriction on which ones are available, there's no way to dispatch the enemies quickly. Duke is bound to take damage and the stingy amounts of healing items are what make this a challenge depending on the play style between aggressive and cautious. 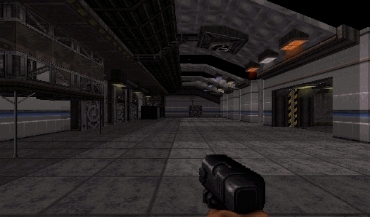 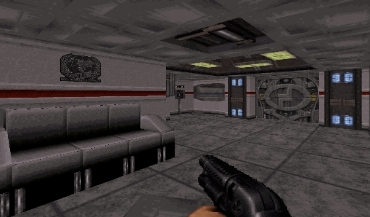 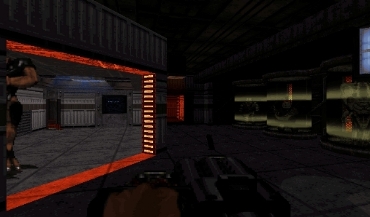 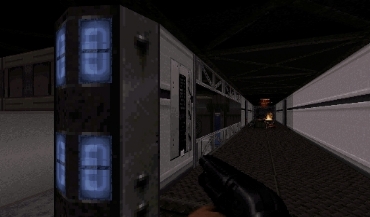 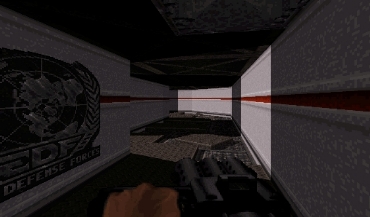 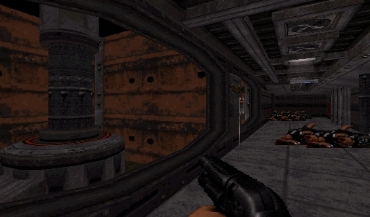