A medium sized city level it is.
This map can be very frustrating if you doesn't find the first key card (blue). But if you're lucky / skilled the rest of the map should be pretty forward.
The gameplay is the usual key card hunt. Blow up a lot of cracks (some of them can be hard to spot) and proceed.
The design is quite good in places. There is many places you would expect from a map like this such as: Adult bookstore, cinema, stripping joints, underwater areas and so on.
The ammo / health ratio is more than enough to get you through. 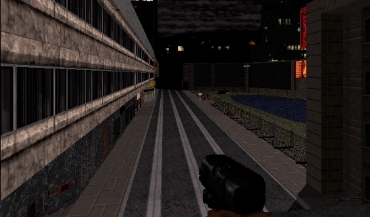 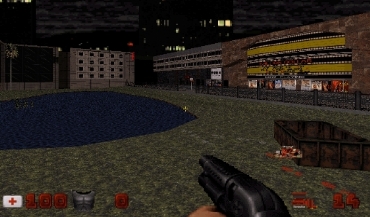 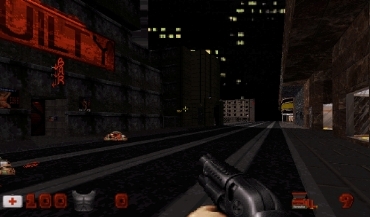 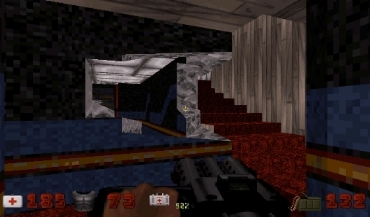 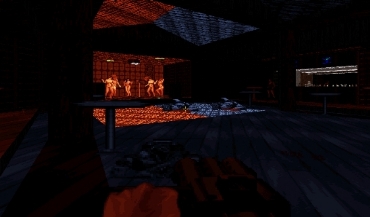 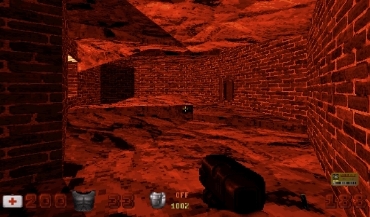