A six map mini-episode with a short intro map to explain the story.
The primary theme throughout is alien-esque environments; be it a destroyed human outpost, an EDF base that has been overrun and turned into a hive, alien planets, or alien space ships. The atmospheres are quite well done with very nice texture and pallete combinations, and some pretty interesting sprite work. Good detailing, strong shading techniques, and all sorts of sound and lighting effects go a long way to create immersive surroundings.

Game play throughout most of it is keys and switch puzzles.
That's putting it simplistically and it's pretty difficult and confusing at best. More times than not the player is forced to re-explore and backtrack most of a map to find out what was unlocked or to return to the other side of a level to use a card.
There's also the issue of doing a puzzle in the wrong order and effectively locking the map out from further progress. Add in the nasty environmental hazards of toxic sludge and large underwater sections with only the minimal amount of boots and scuba gear that are less than adequate for the situations. Jet pack fuel must also be stingily monitored or the player can get stuck and unable to advance.
There are also all kinds of explosive booby traps and insta-kill snares laced throughout. It can be as simple as taking the left tunnel instead of the right and now the player is dead.
There may come a point when the player will want to save after every room or successful puzzle completion because they never know what the next location holds. Probably a good idea.
Combat can get pretty intense and usually follows the pattern of a trickle of aliens followed by huge hordes. Add in the bazillion slimers which can make using explosive weapons a hazard and you have yourself survival series. 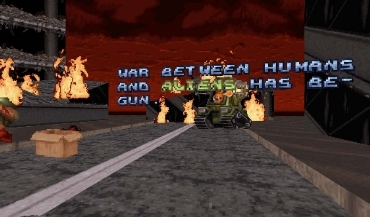 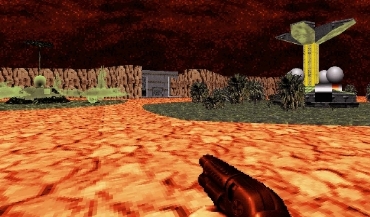 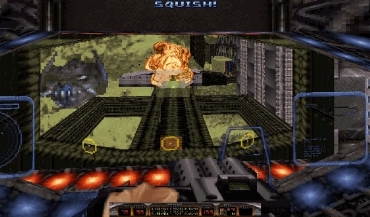 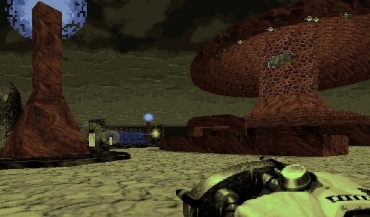 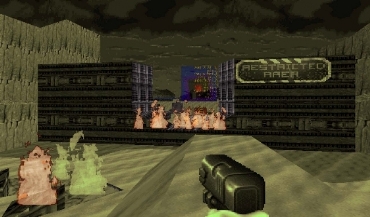 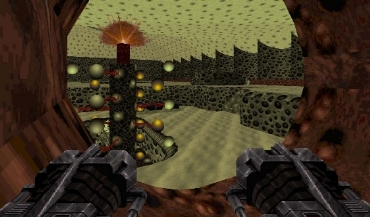