A small city block map.
There is a large open street and plaza area and four apartment complexes to explore. Three of the four buildings are only a room or two deep so the majority of the game takes place in the street and the first building.
The main apartment complex is accessed through the basement, has several flights of stairs and consists of several apartments from ranging from economy style to luxury suite. The staircase uses the teleportation trick to simulate going from floor to floor which wouldn't be too bad if the teleporter effector was adjusted to hide the actual teleportation visual effect. That and it didn't look like you were entering a star trek beaming room when going back down because of the weird flashing high tech texturing on the walls, floor, and ceiling.
Construction is pretty flat and boxy; detailing is minimal, redundant, or just random signs or graffiti for wall decorations. Most of the rooms are very small and very cramped, making it quite difficult to get around. To top it off texturing and shading are bland, and the minimal use of ambient sounds means there's not much in the way of atmosphere.
It's a bit disappointing that most side locations hold nothing, no supplies nor enemies, and are not worth the time to check out.
I hate wasting pipebombs to look inside empty closets.
The layout is hub styled with the street and plaza acting as the center and the locked doors in the buildings spread out around it.

Game play is a key card hunt.
Go into the building as far as you can and you'll find the key. The locks are out in plain sight.
The challenge is the combat. There are swarms of tough aliens all over the outdoor area and every time a building is exited more have joined the party.
You're given just enough to get around outside and get down in the basement of the first building. Staying top side is suicide due to the lack of readily available healing items.
Clearing the first building is a tremendous boost to the supplies and firepower issue and it gets easier from then on out. 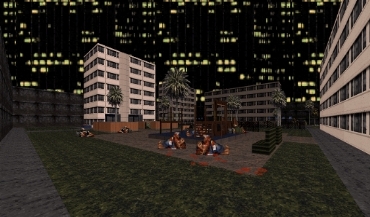 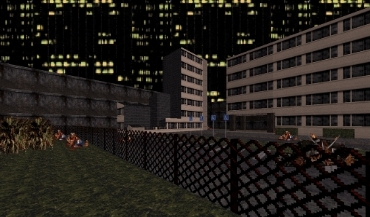 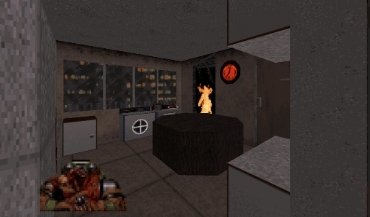 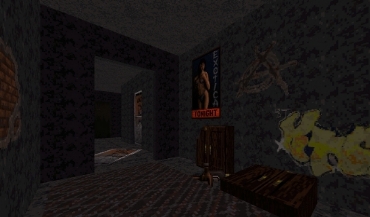 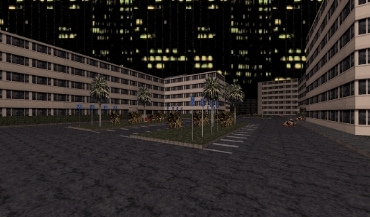 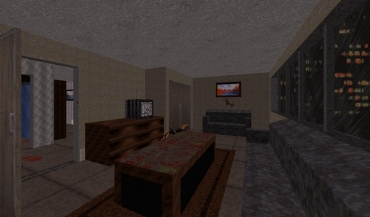