A prison facility located in a desert canyon styled map.
The level is made up of indoor sections consisting mainly of small rooms, corridors, and ventilation shafts, with a couple outdoor areas that are a street like location that loops around the interior walls of the building, and a large arid valley outside the structure.
Other than the lack of detailing and trimwork in several spots the map is well constructed with decent architecture and strong shading.
The only downside to the ambiance is it's often too quiet and could have used more sounds.

Game play is pretty much about throwing switches to unlock doors. There are two keys; the blue one is needed, but I never found out what the yellow card was for.
Despite the open appearance of the street section and having to revisit that area a few times the level is quite linear and it's merely a matter of pointing the player in the right direction and going.
The only confusion in progression is a ventilation system a little later in the map that provides multiple drop shafts. Pick the wrong one and the player will have to walk all the way around to get back into the ducts to try another route. Annoying, but not unfair.
Combat consists of slimer eggs and RPG rounds. There's more to it than that, but after a while one might not notice otherwise until the larger battles towards the end. 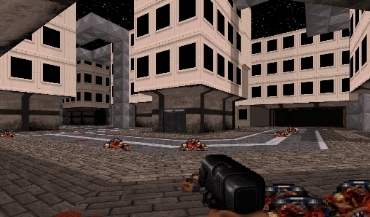 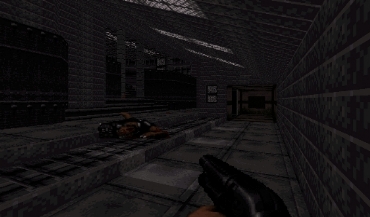 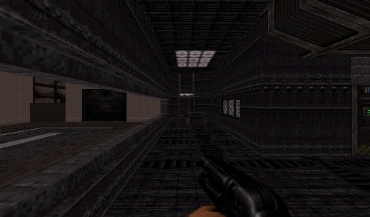 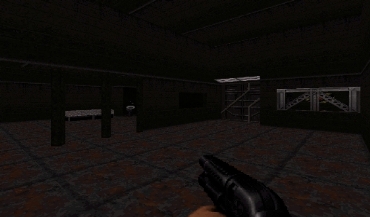 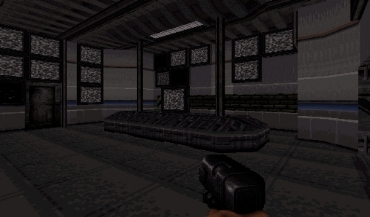 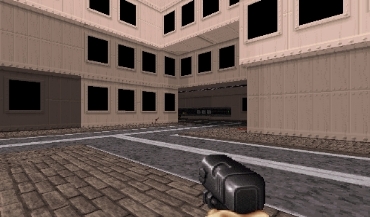