Traffic Jam starts out explosively, literally.
You're on a ledge overlooking a street filled with Assault Troopers, but that's okay because you've got your pistol and a shotgun not far from you.
Boucher has done a great job at crafting a realistic city location, with some nice textures borrowed from various games including Shadow Warrior and LameDuke, but they all fit nicely and add to the lush atmosphere.
Not only has Olivier's design improved since Slums of L.A., his sense of gameplay has become more solid.
The balance between health, ammo, and enemies has been tightened to provide a more tense but enjoyable experience.

You enter a dark parking deck complex, with some good firefights between Pig Cops, Assault Troopers, and Assault Commanders, which provide an interesting experience. It's just dark enough to keep you on your toes, but not make you feel blind.
Eventually, you'll lead into a bright underpass and water passage/sewage area. Parts of this section was nicked from LameDuke, and it fits nicely.
Stay on your toes, Olivier has a nack for logical, yet so-obvious-you-miss-them secrets that give you a nice reward.
Boucher also finally rewards the players with more intense firefights, something that was missing from "Slums of L.A."
Just like Slums, however, the map ends somewhat anti-climatically. However, I found this map much more enjoyable than it's predecessor, and I think it would have been nice if Olivier Boucher had kept mapping. 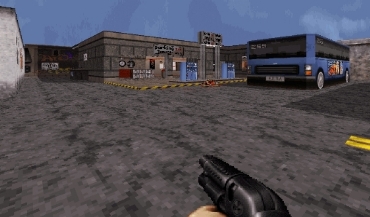 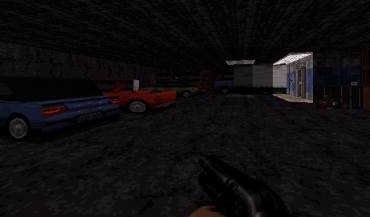 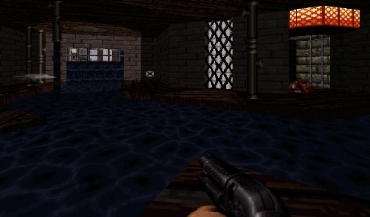 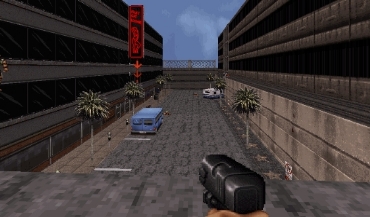 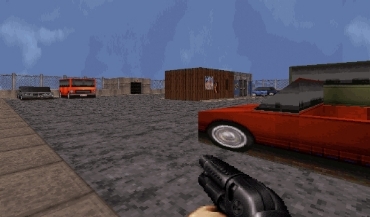 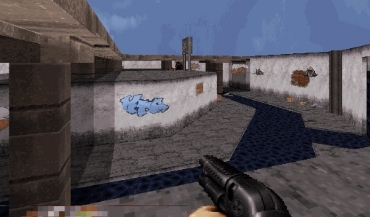