A castle styled map.
The structure is purchased on the edge of a cliff in some dark, foreboding canyon, but once inside everything brightens and cheers up.
The interior is very well lit due to minimal shading, and the pretty argyle print wall textures really livens things up. Even the room with blood splatter, dead monks, evil religious symbols, and demon parts seems like a nice place for a picnic.
Though the shading is pretty much the same from to finish there are glimmers of good contrasts spotted here and there.
The other two main floor sections and roof are of the more traditional stone and wood, so the darker colors make them seem a little gloomier.
The base construction and architecture is very simple and blocky, and with high flat ceilings for most of the levels and minimal trimwork, even the detailing and wall art can't keep the redundant dullness at bay.
There are some interesting ambient sounds to add atmosphere, but most of them sound like they came out of a cheesy carnival haunted house. The wind doesn't even sound like wind; it sounds like someone lightly whistling and gets annoying after a while.
The layout consists of four main sections composing primarily of the main floor, the second floor, the roof, and the dungeon-sewer level.
Getting from one area to the next is achieved via teleportation. Each section is open for exploration and the player can go pretty much anywhere they want.

Other than an annoying button puzzle on the roof, game play is a keycard hunt. Nothing's hidden and nothing is hard to find. Explore all the rooms of a given floor until the key is happened upon.
Alien encounters are challenging until sometime through the second tier or roof. At that point the player is so armed and loaded with health that the aliens don't stand a chance.
Even being dark and transparent which makes them difficult to see in certain locations is no longer an advantage.
The final battle is a pretty neat setup, but again there's so many healing items and ammo that the challenge isn't there. 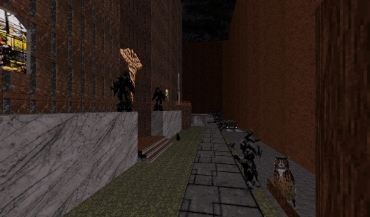 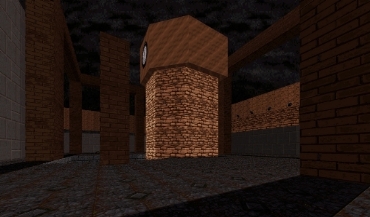 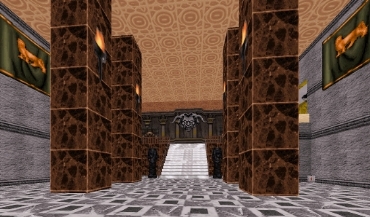 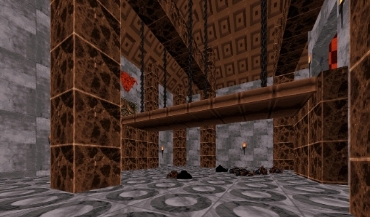 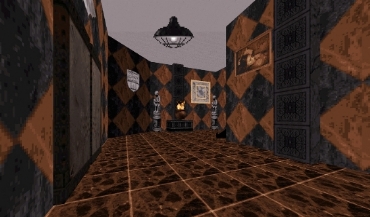 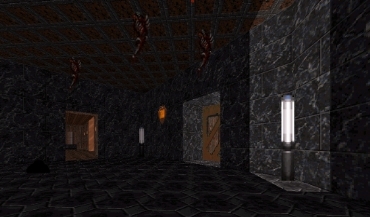