A prison themed map based on Alcatraz.
The premise is to explore the map and locate several rockets spread throughout the facility to collect their red "guidance chips". Once a chip is collected it needs to be fed into one of the trash compactor units which will mangle it and render it useless.
After completing that task Duke will be given further instructions on what to do and where to go next.

The level initially starts out pretty quiet and mostly linear in its exploration, but once things get going access points start to progressively open and the floorplan really expands allowing entry to areas from multiple directions. Of course the aliens don't appreciate Duke's "raised in a barn" attitude about leaving doors open so they start showing up pretty consistently to stop him.
The map contains of various locations such as sewers, prison cells, a shipping dock, an infirmary, and a helipad to name a few.
Most of the map is either gloomy or very gloomy, and pretty quiet, but the frequent changes in scenery, good texturing, tiered elevation changes, and nice bits of detailing help bolster the atmosphere where the nuances might be lacking.

Game balance is definitely in Duke's favor.
He's armed with some pretty heavy firepower and generous amounts of ammunition. Healing items are also sprinkled liberally around the map. That doesn't mean the level will be a cake walk though; there are several booby traps that can take hefty chunks out of Duke's hide and the enemy encounters are well thought out to maximize their effectiveness.
Overall it's a pretty fun 20 or so minute exploration piece. 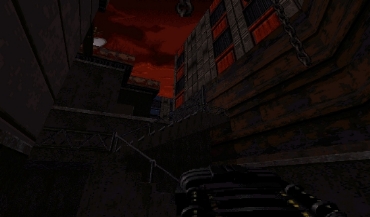 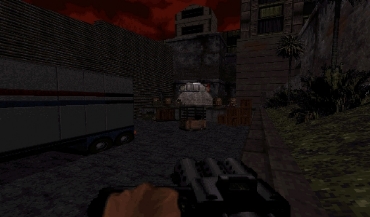 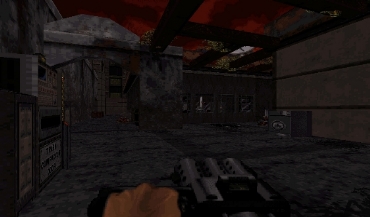 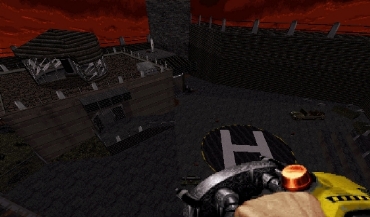 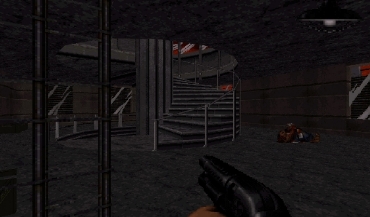 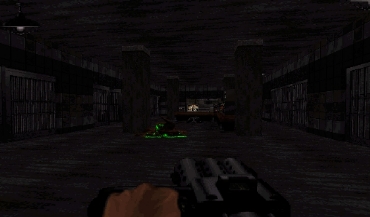