A rather short, abandoned, alien infested base.
The objective is, of course, to kill all the aliens and take the facility back.
A linear map where you must venture to one side of the level, get a key, and then come all the way back to unlock a door.
The backtracking through previous areas is rather uneventful and could have benefited from some respawns to keep up the pace of the action. Lack of view screens at a couple of switches would have alleviated an issue of not knowing what unlocked.
Luckily the map is small so those two issues aren't back breakers. After unlocking the garage, it's not very obvious what to do next, but natural habit will hopefully take over and the player will try to open the garage door on the other side of the room. With no obvious switch the player may become uncertain as to what to do next.

The base is made up of short corridors and small rooms decorated with some nice trimwork.
The texture selection and strong shading give it a dark and foreboding atmosphere, as if no one's been there in years.
The outdoor areas are mostly cliff and canyon styled areas decorated with some vegetation and rock outcroppings.
There is also a nice dark forest that adds to the desolate ambiance.

Game play is pretty straight forward; collect guns and kill the limited variety of aliens.
There's no extended arsenal, just the basics, but the ammo is generously supplied. Healthkits are evenly placed throughout the level to keep you around max at most times.
Unfortunately this map also ends pretty abruptly and is anti-climactic as it looks like there could have been so much more. 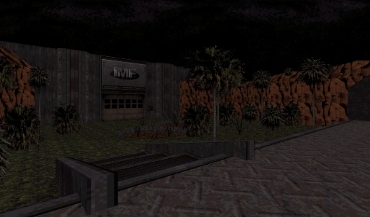 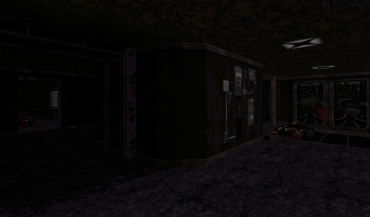 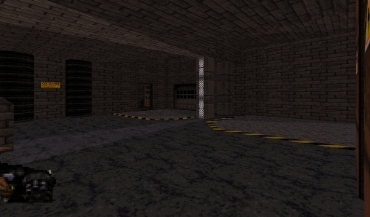 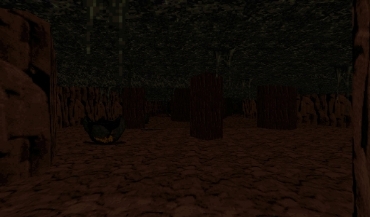 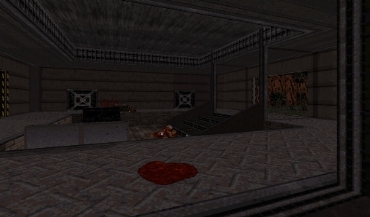