From the burning, collapsed buildings bordering the skyline to the abandoned automobiles in the street; this map captures perfectly the picture of a city under siege. A solid layout and design with great architecture; everything is well proportioned and structured to create realism. The map is very well detailed, has nicely placed sprite work, and is open enough to not feel cramped at any point. There are several major areas of the map; from the city street, the movie theater and the alien infested portions of the building, an abandoned subway station, to the devastated and destroyed portion of the city. Thanks to the articulate attention to detail by the author, transitioning from one portion to the map to the next is seamless and flows incredibly smooth. The atmosphere is completed with nice usage of ambient sound effects, great lighting effects, explosions, rain, and fires.

Game play is a saga and you almost forget that you're actually supposed to be looking for keys. The enemies are very strategically placed and appropriate for the type and quantity in relation to where they're located in the map. At the start it might seem as if Duke is a bit too well armed and a little top heavy on the ammunition and health; that is until you find out what you're up against. It's a gun battle almost the entire length of this huge map, but the aliens aren't just tossed in like haphazard clusters. The majority of the battles consist of medium to large numbers of aliens that are presented in organized waves of an invading force. The sizes of the enemy forces encountered continue to escalate until the last epic battle where you have to throw everything you got at the enemy and keep moving just to collect enough ammunition to finish the fight. 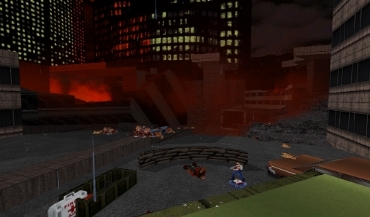 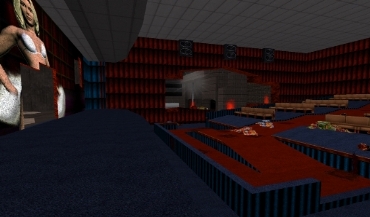 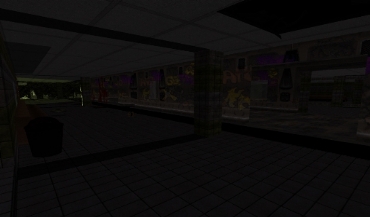 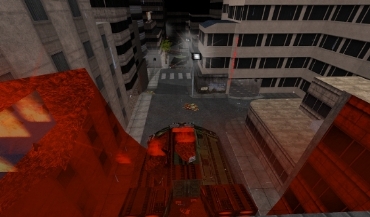 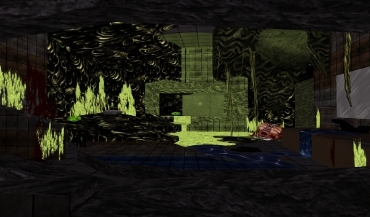