A large temple complex containing several structures divided by caves and jungle valleys.
The atmosphere is pretty gloomy and full of night forest sounds; and since the environment changes often between natural indoor, natural outdoor, and man-made, it shouldn't get visually dull for the player.
The layout is mostly a series of forks; travel down one fork to get a key, return to the spilt to unlock another branch, repeat.

There's hardly a lag in the action due to well-placed aliens going in, then some respawns to keep the player company on their backtrack to the lock.
Weapons are collected at a medium pace, there's a good amount of ammunition for the weaker weapons, but the player has to budget out their more powerful guns if they want them handy when things get tough.
Healing items are a bit stingy, but this can have as much to do with getting ambushed by aliens in near dark environments rather than face-to-face engagements and some of the heavier fire-fights. Either way the enemy encounters fall for the player there's enough to get by on and the kits are placed where they're needed the most. 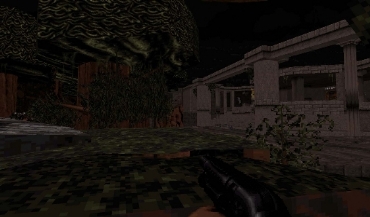 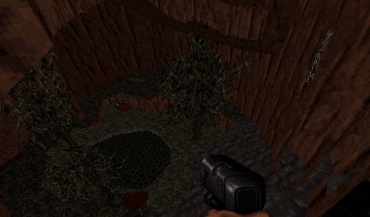 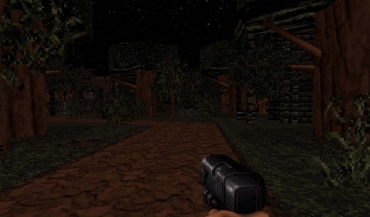 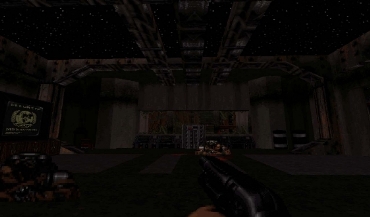 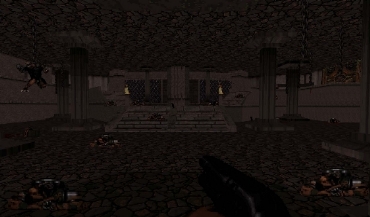 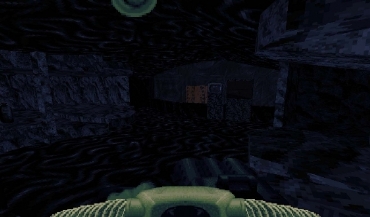