A jungle styles map with overgrown temple like structures and a smattering of high-tech and alien hive locations.
The map is quite atmospheric with lots of sounds and a dim gloomy feel, though it can be a bit too dark at times. The level makes good use of rock outcroppings, caves, and crumbling man-made structures, all covered in greenery and foliage, to create an immersive deep jungle scene.
The layout is pretty linear, but there are plenty of nooks and crannies for the aliens to wait in ambush, or for the player to crawl around in and grab some supplies.

Game play is primarily a card hunt with an occasional button puzzle tossed in.
There's nothing really hidden or overly complicated, though the construction can lend to bypassing areas and locks via a little exploratory acrobatic jumping. The worst that can happen is the player has to back track a short distance and find the card or switch that was skipped, or the level is completed with a key still in hand.
The map is packed with a wide variety of enemies, and there are alot of them.
Combat isn't really tedious as it's interesting to see which combinations are used and how they're placed from section to section, but there's so much ammunition and health that it doesn't provide much sense of desperate urgency to find that next stash of supplies. 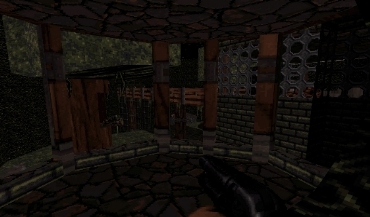 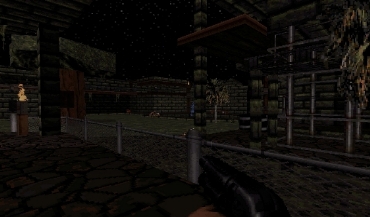 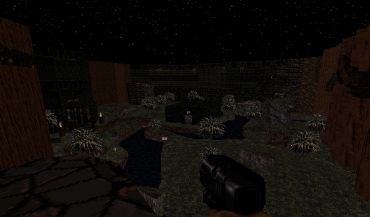 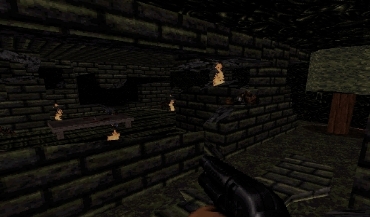 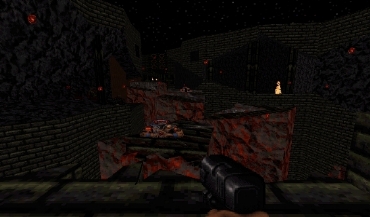