A city and industrial map.

The player starts out in the busing lot of a factory styled facility, navigates through it, and ends up across town in another factory styled facility.
The map looks good, it's very well detailed and has strong shading techniques.
The architecture and spritework are put together solidly, and there are numerous ambient sounds and sector effects to give it a nice atmosphere.
There are some minor downsides to the aesthetics; the entire map, both the factory and the city streets are all done in greys. Everything is gun-metal, stone, or cement. It is nicely trimmed out with some reds, yellows, whites, and blues, but the majority of it is one primary flat color, and that can be a bit dull.
Another issue is that a lot of things look like doors, or are non-functioning doors, this can cause the player to spend a lot of time checking to see what does and what does not open. The final obstacle are the switches and buttons. Some are functional, some aren't. Again, more time is spent having to check them all.
The map isn't hard to figure out, but it can become a little tedious, especially if you're bent on exploring every nook and crannie for supplies.
Game play is a key card hunt and a shooting gallery.
The keys are fairly easy to find, even in the semi-open floorplan of the factory and the city. The gun battles are pretty good until the back-half of the city, then it slows down and becomes a little bit of a drag. I like an occasional turret as much as the next person, but there comes a point when the author is simply abusing them for sadistic purposes.
More fun than grape soda. 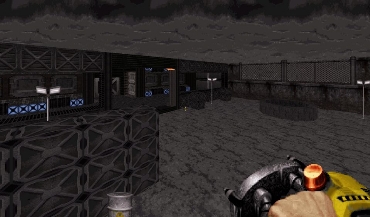 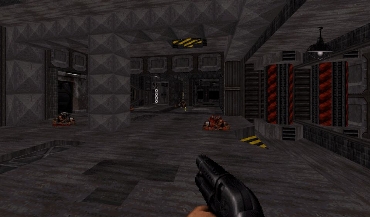 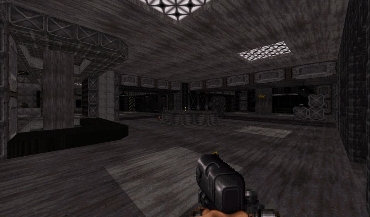 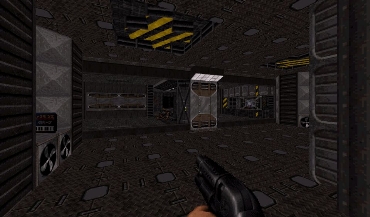 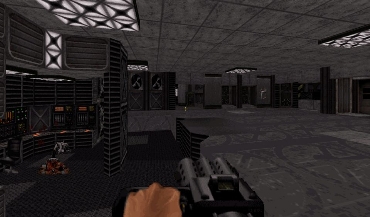 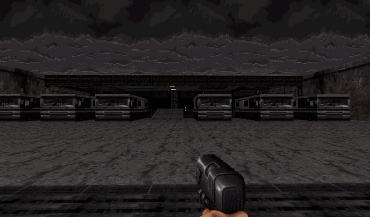