This level was originally for the cancelled Duke3d TC 'Urban Assault'.
A lunar mine styled level.

It's a pretty short and basic map. There's not a lot to it, a shuttle launch bay, some mine tunnels, a control center, a lab, crews quarters, and a warehouse. The construction is simple and clean, and the texture set is typical for moon bases and alien hive.
Game play is a key card hunt. Basically enter a room off the control center hub, grab the key, unlock another room, grab the key; repeat until complete.
This was supposed to be the boss map at the end of an episode, so as a stand-alone level a few issues may occur, depending on variations in game play.
There are no healing items in the map, so be prepared to suck toilet water. Weapons and ammo are extremely limited. Bullet management is a must if you're going to have enough to kill off the boss. Avoid confrontation with enemies, if at all possible, and use kicks and the environment, like door crushes, when the opportunities arise. It's not easy, but it's doable.
More fun than a bread and water diet. 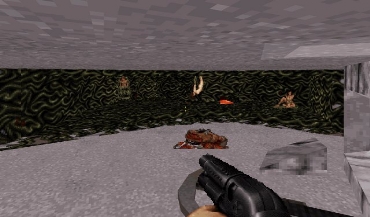 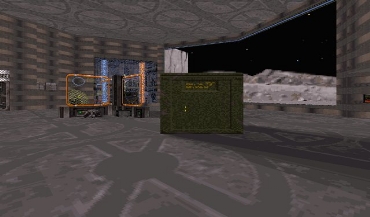 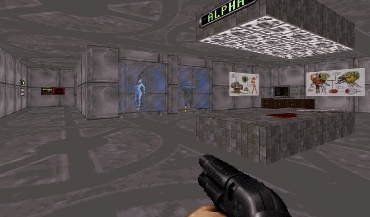 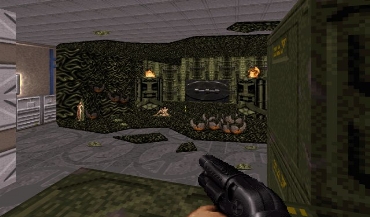 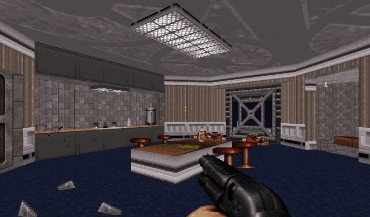 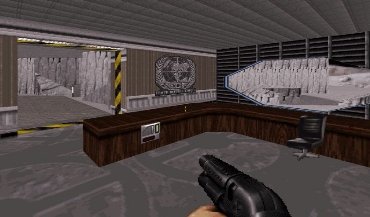