An underground industrial styled facility.
It consists of a maze of corridors, several large rooms, and a huge cavern. The texture combinations are nice and it has some interesting effects, but a majority of the rooms are mostly empty with the detailing and structuring lumped in one corner.
Overall most of it just feels empty. The layout can be quite difficult to navigate due to the convoluted nature of all the intersecting corridors and multiple doors leading out of rooms. It can take a while to become familiar with the floorplan.

The premise is to find a number of valves that will overheat a reactor when shut off. Note that they don't work very well and may take a bit of effort to find that right angle to activate them.
In the meantime the player has to find keys to unlock sections of the maze in order to locate said valves. Once this mission is accomplished the player must get out of the base before it self-destructs. Not a very easy task as the path is blocked by aliens and a few switch puzzles while the earthquake effect is constantly shaking the screen.
Probably the most difficult of all this is how to make a switch appear in a room with the wall shooting rockets and freezer crystals. If it takes too long then the level is a wrap and the player will have to try again. It's recommended to save before throwing the last switch.
Alien engagements and fire fights are never truly balanced at any time throughout this map. In the beginning Duke has pretty much nothing and it's not easy to avoid the enemies that occupy the middle of hallways.
Once the main supply stash is found, then the pendulum swings to the extreme in the other direction and the amount of available supplies is ridiculous. 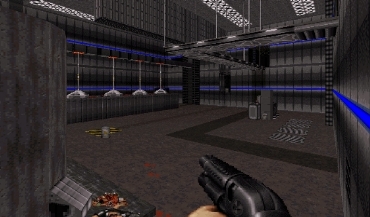 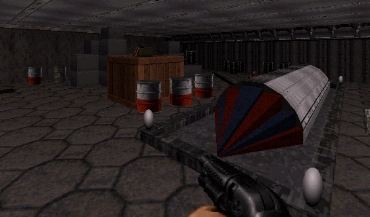 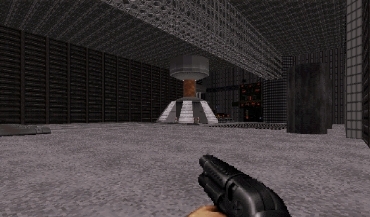 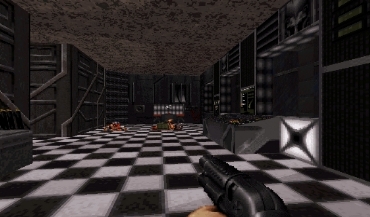 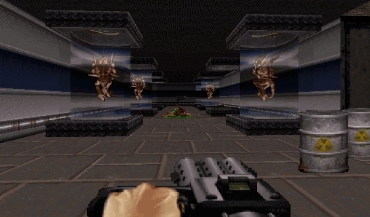 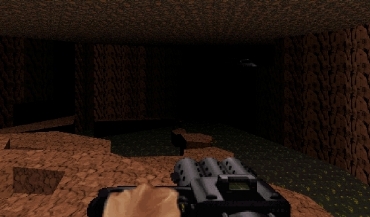