A large city map with outdoor sections, like streets and a park, and a multitude of indoor areas ranging from a short subway line, to apartments and offices, to a library, a shopping mart, and a factory.
Most of it is solidly constructed, well shaded and detailed, and there is a constant amount of ambient sounds for an immersive atmosphere, but in a map this large there are bound to be a few locations that are underworked and plain.
Despite those few lacking settings there's environmental interactivity aplenty with quakes, moving sectors, a subway car ride, short underwater sections, and other effects, in addition to the constant scenery changes that makes it feel like a small adventure.
The layout starts off pretty linear until the first major street section is reached which acts like a hub and where the player either enters a structure then backtracks to the street or ends up following a loop that returns them to a different location on the street from which the departed. Afterwards it's another short linear path to the finish line.

Game play is buttons and keys.
Most of it is straight forward and typical, but unfortunately there are a small number of instances where finding secret locations is required in order to progress. These can range from obscure wall cracks hidden behind foliage, unmarked masked walls or windows, obscurely hidden switches and touchplates, doors or moving sectors that are camouflaged into walls, and a couple instances of it not being obvious what a switch does. This stuff can ruin what is otherwise a nice little experience if the player can't find them within a reasonable amount of time and avoid excessive amounts of unnecessary wandering around.
Combat is constant, and aside from some respawns which mix it up a bit, is redundant and predictable. Duke's arsenal is quite limited and the first ninety percent of the map is almost nothing but shotgun fights with pigcops.
The last section of the level consists of RPG fights with fat commanders and mini-battlelords. It's okay in small doses, but a map this large could have used some variety. 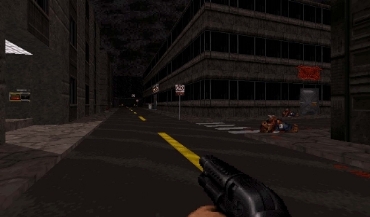 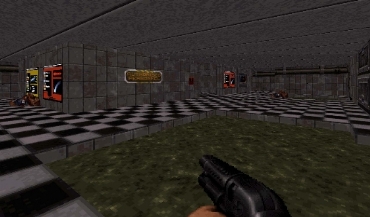 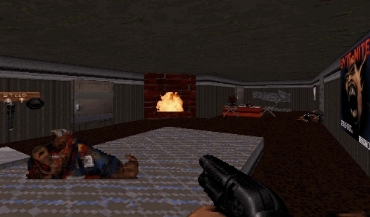 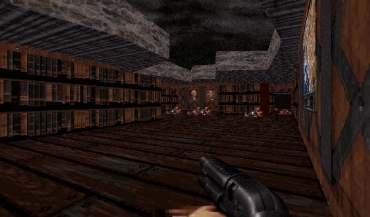 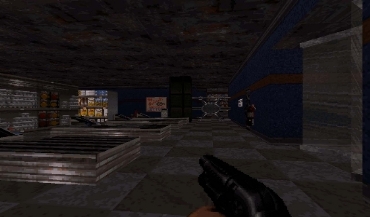 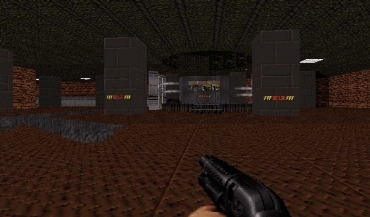