A city block map.
A dim and gloomy map with a couple street sections and several buildings that contain typical urban locations such as a movie theatre, a night club, a parking garage, a bank lobby, and offices and apartments.
There's also a cemetery for a bit more ambiance and a few rooftops and terraces to give some vertical elevation variations.
Detailing and strong shading vary and aren't very consistent. The cemetery is fairly well done, but the rest of the outdoor sections are pretty plain.
As for the indoor sections, most are pretty decent, but the underground garage is pretty empty and plain.

Game play is a key hunt.
The level is pretty open so it's up to the player to explore around until the first card and matching lock are stumbled upon.
Most of the buildings contain aliens and supplies and really don't need to be entered, but the player won't know that until after the fact. It boils down to chance on how much of the map is explored until the necessary items are found and no further investigation is needed except out of personal curiosity.
Healing items can be pretty stingy, but otherwise the map is fairly well balanced whether the player chooses to delve into unknown and unnecessary areas of their own accord or not. 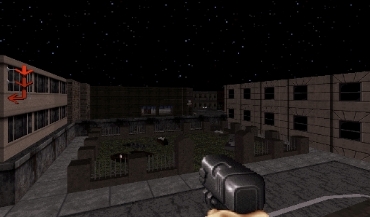 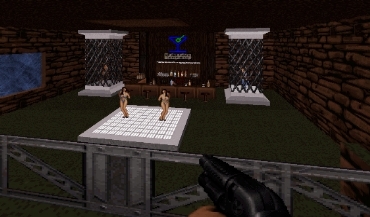 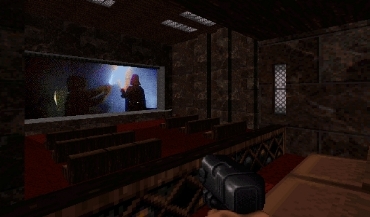 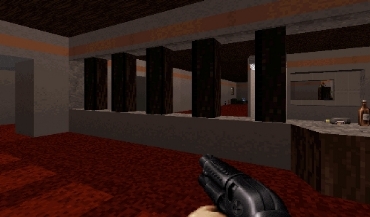 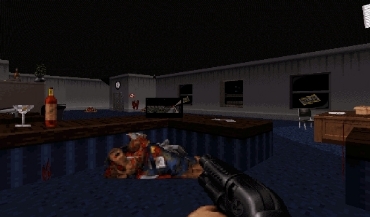 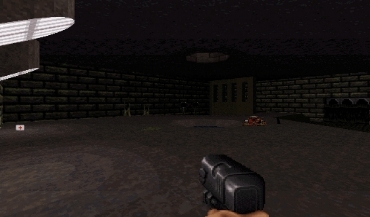