The level appears to have a heavy influence from some of the original commercial maps. The movie theater from Hollywood Holocaust, the book store and apartments from Red Light District, and the garage and business office from Bank Roll.
The detailing, architecture, texturing, and shading are all on par with those maps as well. To complete the immersive atmosphere there are also heavy doses of lighting effects, sound effects, and sector effects.
Game-play is a key and lock hunt. The map is very large, so it's a lot of wandering and exploring to find things.
If you have a hard time finding the red key, try to remember where Duke started out and the surroundings in that location.
The rest of the progression pieces are pretty much simply stumbled across.
The map is packed with enemies, so the action is nearly non-stop. Even after clearing the streets, they get repopulated with aliens after entering primary locations within the buildings.
Good thing the arsenal is stacked, the ammo is stocked, and health plentiful.
More fun than ham and cheese. 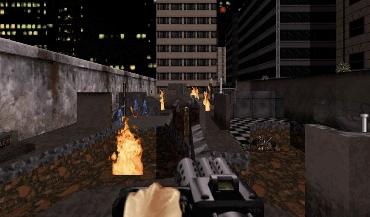 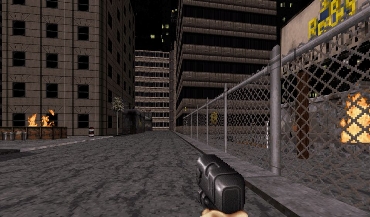 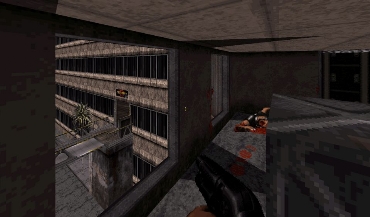 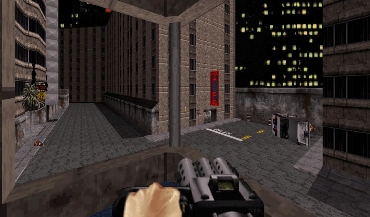 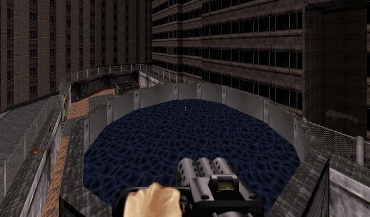 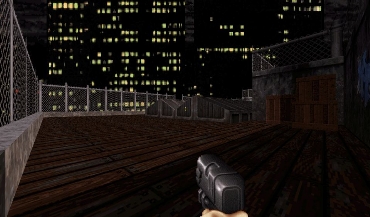