A space station prison. The map is made up of what one typically finds in a space station; such as control rooms and reactor styled constructions. Also locations are what one normally finds in a prison; cells, barracks, and a death row. There is a good selection for the texture sets, but a few areas could have used a bit more work to fix the alignments and over-stretching. Lighting and shading are done in the original 3DR style and when combined with the texturing makes for a nice industrial high-tech combo atmosphere. Architecture is decent, but can be a bit blocky, and detailing is minimal which lends to the bleakness one would find in a prison. There are a few instances of colorful construction or heavy spritework architecture, but these are sporadic and infrequent. The layout is very linear and is basically small to medium sized rooms connected in series with corridors. The downside to this floorplan lends to several instances of uneventful backtracking.

Game play is a key card hunt. There are no complications involved with locating keys and locks due to the linear nature of the map, and what few instances there are of doors being opened in a different sections of the level are accompanied by view screens.
Initially combat is very balanced and fair. The arsenal is slowly accumulated and the aliens are well placed and consistently encountered at an even pace. Health and ammo are given out in small doses at spaced intervals and the level plays very smooth. About three quarters of the way through the map the player encounters huge stashes of weapons and ammunition which throws the balance way off. Supposedly to make up for this the author removes all the stashes of health. While fighting some tough baddies in small rooms and narrow hallways with no way to heal and on the last leg to reach the end is interesting and challenging, all that unnecessary weaponry is a waste when a few crates of RPG ammo would have done the job nicely. 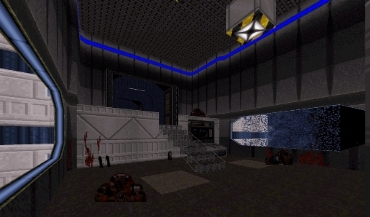 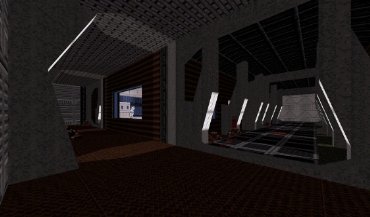 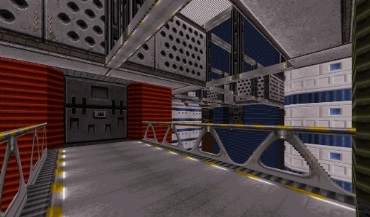 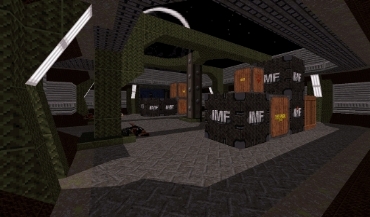 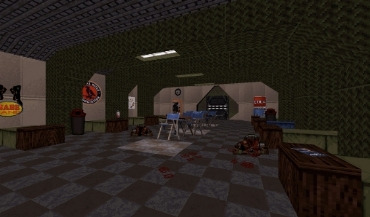 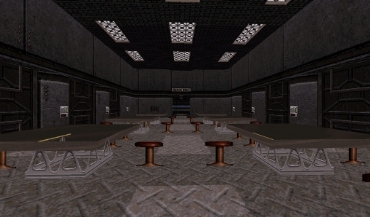