A short EDF space station map.
It's very well detailed, has numerous nice lighting effects, and has good palette usage and sounds to make a nice high-tech environment.
The downside is that alot of it is very cramped, and the map is pretty dark, which can make it hard to move around. There is also a multi-switch in the later part of the level and it's difficult to see exactly what it's opening. Since the doors auto close it may take several attempts to locate which one is allowing temporary access.
The layout is pretty linear, but there are alot of little side rooms that'll probably be entered while exploring for the right path. Not a big deal since they're usually the size of a closet and hold extra supplies. Keep in mind they're possibly guarded.

Game play is keys and buttons.
Wedge yourself into the control room to use the blue card which allows access to the transport that will take you to the second portion of the station. Once inside a room that looks like some kind of nuclear reactor pile, find the hidden button behind a panel; now find the three button puzzle. Trick is it's actually a four button puzzle. Upon reaching the room with the coning tower looking structure, use the red key, go up to the top and mess with the multi-switch until you figure out which doors it opens and which one leads to the exit. It's really not too difficult, but it's so dark it's hard to see what to do at times.
Combat is pretty challenging in this dimly lit environment as well. Sometimes you can hear the aliens, but you can't see them until they're nearly on top of your position.
Good thing there is a large variety of weapons and an abundant supply of health and ammo to balance things out. 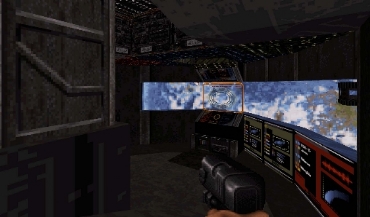 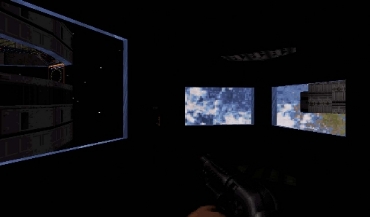 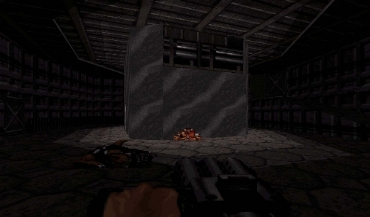 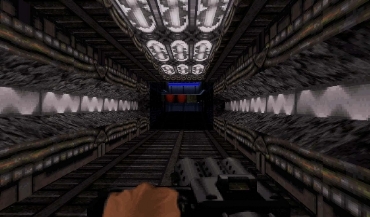