An EDF space station styled map.
Very atmospheric with strong shading, good detailing, lots of trimwork, big open portals to see out in space, and plenty of sounds. It's a nice clean looking map with good texture combinations and nice construction.
The layout consists of a few decks connected via elevators and are made up mainly of a series of corridors interspersed with various sized rooms.

Game play is a button hunt. Initially a little confusing, but once it's recognizes what to look for it becomes rather easy. The player throws the first button and must go find the next revealed button which is marked with a certain nearby texture. Finding all these buttons drops a force field from a vary large button puzzle with the solution a couple rooms away.
Afterwards the player must fight their way back to the escape pod.
There is the potential to get turned around and lost while looking for the buttons, but the map is only so big so it's not really that much of an issue.
Combat is pretty consistent and well balanced with a few exciting battles. 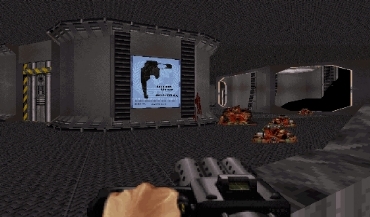 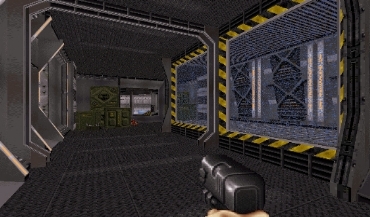 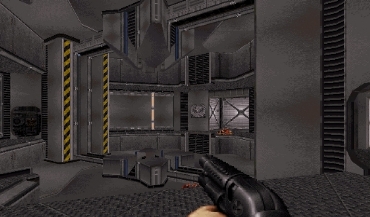 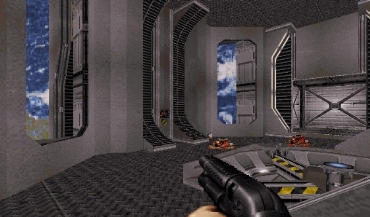 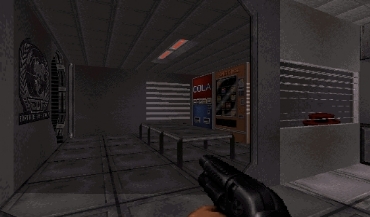 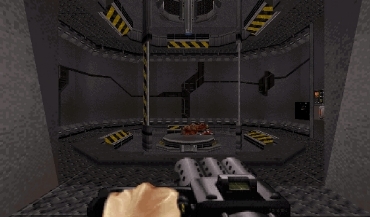