A hotel styled map. Though there's a fairly large section of street and another small shop outside the central structure proper, the vast majority of the game takes place in the four floors of the hotel between the lobby and the roof. There is some good shading and a few areas are decently detailed, but outside of that the map is quite basic in structure and design. The level seems like tiny room after tiny room with the same redundant cookie cutter texturing and furnishing. Add in a few more redundant suites and sandwich all that between a barren roof and an under detailed lobby severely lacking trimwork, and that about sums it up.

Game play is about gun fights and survival. There's a couple key cards tossed in, but that's less for the puzzle than to make the player go explore around and have more fire fights. There's just enough ammunition scattered around to keep the player in the battle, but health is extremely scarce. If one can live long enough and explore the right room they'll be rewarded with a carry-around medkit. That needs to last the rest of the map. Good luck. 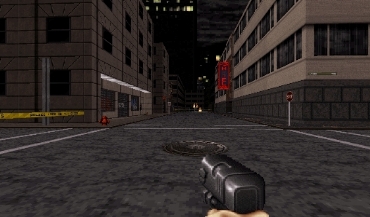 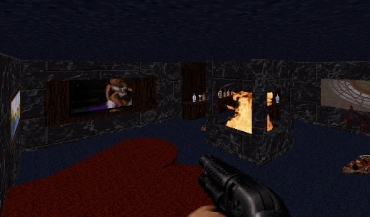 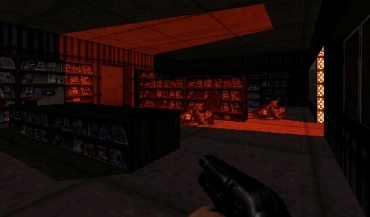 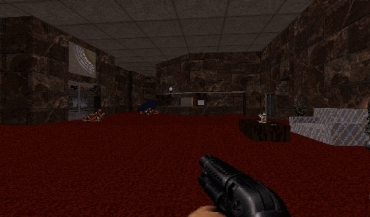 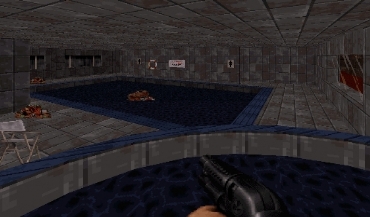 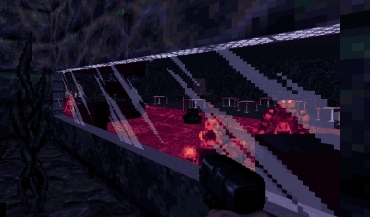