Less than a year after his former hit Woudrichem War, longtime renowned Duke 3D user mapper from the Netherlands Maarten van Oostrum strikes again with what's already the second installment in his work-in-progress episode: Another Attack.

Not to be confused with his brother Merlijn Van Oostrum's (Red, Shaky Grounds), which relies on the same principle of cleverly reinterpreting and repurposing the original Duke 3D textures but in a fashion that always looked a bit more meticulous, Maarten's style has always instead been about rougher shapes and bigger patches of lands, with less emphasis on micromanagement than on composing coherent ensembles of landscapes of elements seemingly thrown in there Jason Pollock-style.
(That being said, over the past two decades, it has been rather interesting witnessing each brother get closer and closer to the other's dimension with every new map). While this aspect was already the backbone of some classic levels by Maarten, including the Alien Planet X-64 2 series or his shared piece with Merlijn Clear The Coast, it really was exploited to its fullest recently with Woudrichem War, an open world-type of city level recreating Dutch urban aesthetics Maarten happens to be especially familiar with. This new level, Weissensee, is a direct continuation to Woudrichem War, picking up exactly where that one left off.

Given the enhanced focus on terrain work, it is only logical to expect from both Woudrichem War and Weissensee a huge reliance on platforming, which turns out to be true in both cases. In this level too, the player is required to look not just around but most oftentimes up, spot their next objective (usually a keycard out there in plain sight) and then figure out the right way to get there.
But if Woudrichem essentially consisted in one big, mostly unlinear playground based on this concept, things take a slightly different turn here by breaking down the gameplay area into four subsections: a camping site, a cave and a mini golf site on one side of a river (where part of Woudrichem still stands in the background), and then, on the other side, part of the eponymous city of Weissensee itself (although located in Austria in real-life; so, rather far away from Woudrichem).
The basic challenge remains similar, except the newfound punctuation in the action helps push a more tangible feeling of progression onto the player and thus makes the gradual conquest of each segment especially rewarding. The map isn't exactly linear either; there is one part where you can explore about and choose to retrieve two different keys in whichever order. This style of minimalistic sequencing also allows for smoother narration in the general storytelling of the map, with the player remaining mostly free to roam around, shoot some well-placed monsters and stare at beautiful Build environments all the while being dictated a basic direction and rhythm.

This is where the poetry of the map speaks up. The environments you will get to traverse are stunning, from detailed landscapes comprising ancient towers, a bridge and a church to a surreal blue cave, and some other places that will take you way up, where you can finally dominate the landscape (again). Just clearing the first half of the map and finally getting to cross the river is a simple achievement that, with such proper presentation, feels nothing short of majestic.
Bits of lore are being dropped here and there, but never pushed onto the player and thus mostly consolidate the action as opposed to distracting from it (like it often can in Duke maps). Each location has its own distinct identity, with the ultimate one being the largest and a (refreshingly) brutally honest switch hunt - perhaps one of the most rewarding ones Duke 3D has ever known given the visuals resulting from its completion - as, eventually, everything comes tied together by universal elements such as that moving bus or boat in the backgrounds.

When it comes to gameplay, more generally, there is nothing to fault. Perhaps the average player might scratch their head a bit looking for a way to get to the red key, but that's only if they are lacking observation skills or basic knowledge of Duke 3D physics. Generally speaking, the map is way more than fair (maybe a lot less forgiving on Come Get Some than on Let's Rock), and the enemy placement is perfectly orchestrated around all the existing terrain work - usually relying on well-timed respawns - in a way that both optimally complement each other, resulting in nothing but peak Duke 3D action.

Weissensee is a beautiful level with soul, that looks marvelous and plays really well. Maybe some of the texture and sprite tweaks here and there (such as the flipped over security screens) persist at looking a bit out of place, and since Maarten's style naturally results in terrain so rich in nooks and crannies, it's tempting to imagine him exploiting that trait even further by hiding more of the non-essential items in all those little caches (something he is already doing to a noticeable extent, though). But there is no question that Weissensee is an instant classic, on par if not wiser than Woudrichem War, and so you should play it - which should take you about an hour - and then, once done, rub your hands together in excitement at the thought of the upcoming sequels. 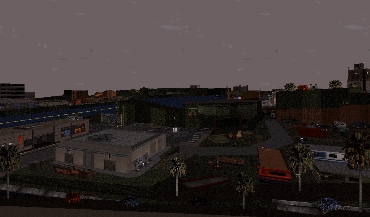 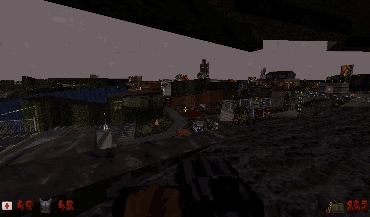 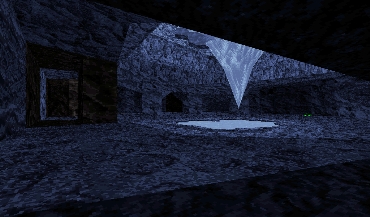 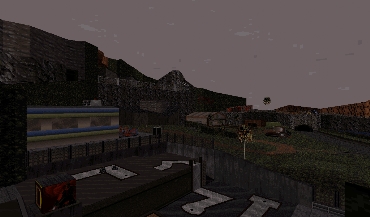 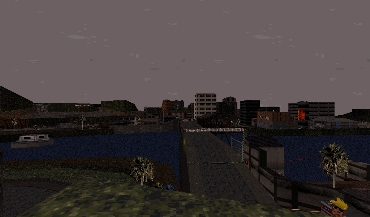