Duke starts out in a descending shuttle craft that lands in a deep rock pit connected to some mining tunnels.
From there it's through a few canyons leading into a depot and onto an alien train.
The map is linear from start to finish with some annoying invisible walls to keep you on the right path.
In the beginning the tunnels and canyons are fairly wide and allow alot of lateral movement, but once on the train, and especially inside the cars, maneuvering around is pretty restricted.
Construction throughout the map is consistent; the highlights are the good architecture and excellent sprite work. The interesting texture selection for the interior of the train is also a standout.

The level is a key card hunt, but the linear nature of the map makes the fighting to reach them more of a challenge than actually finding where they've been placed.
There is a hidden button in the train engine, but if you look for the clue it's not that hard to figure out.
Also there's a yellow lock in the train engine that doesn't seem to be necessary to complete the level.

Duke starts lightly armed and engages weak enemies. As the map progresses tougher aliens and stronger weapons start to appear.
There are a few instances of fighting some rather heavy-hitting aliens while cramped in the confines of the train which can pose some difficulty, but health is evenly dispersed about the map so getting yourself dead from combat shouldn't be an issue.
The real danger comes from being on top of the train. One false move while moving around on the roofs can result in the player falling off the side or in between railcars, and it's game over.
There's also a skill check; strafe jumping is required at one point between two cars to get back to the front of the train. 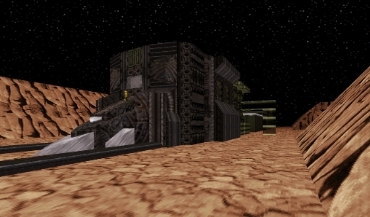 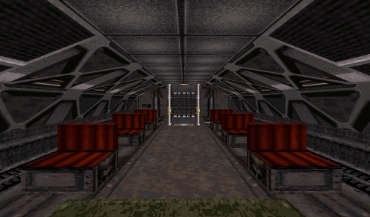 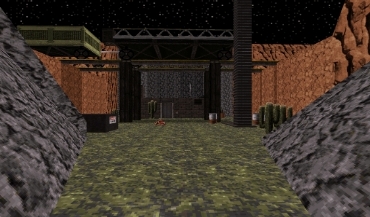 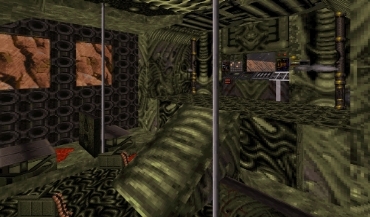 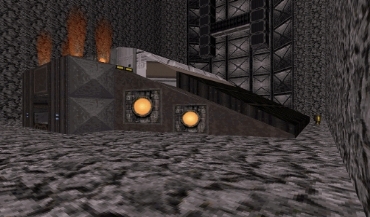 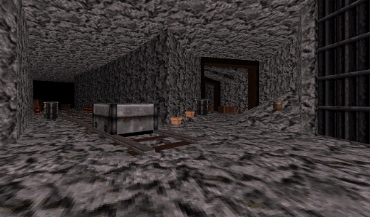