A medium sized map with the majority of the play taking place inside a warehouse, but there's also an open outdoor area and a garage.
Design wise the map is open and moving about is fairly easy, but there are loads of button combination puzzles and some confusing navigation puzzles that can detract from smooth game play. One of the puzzles is a bit annoying and requires moving from one end of the building to the other and back to get the right combination. Several of the buttons are also placed beyond reach and require wasting time and ammunition to get the sequence right.
The texturing and architecture are about average, but the shading is a bit weak in places and some areas are under detailed.
Other than a few of the annoying puzzles, game play is fairly good. The enemies are well placed and the ammunition and health ratio is on target.
Overall not too bad; the actual worst part of the map is figuring out where the hidden passage is amoungst the crates to get from the initial starting area to the main portion of the warehouse. 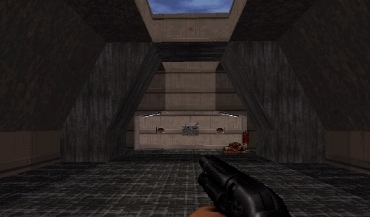 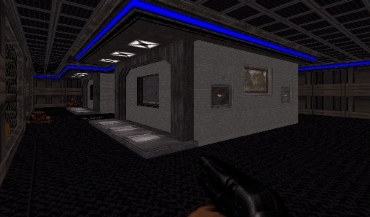 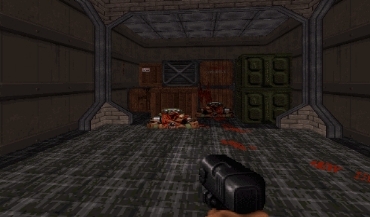 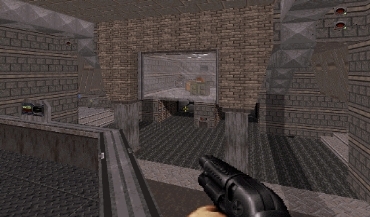 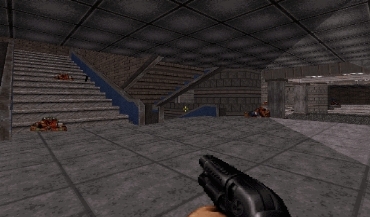