A map centered around the United States Whitehouse.
There is some action in the surrounding yard, but the majority of the game takes place indoors. Most locations are rather typical of a mansion styled level and include bedrooms, offices, libraries, dens and sitting rooms, a dining room, a conference room, media entertainment and recreation rooms, foyers, stairwells and extensive ventilation and corridor passages.
The design is set up for basically a three story building in room over room fashion. Each floor layout is open and non-linear and interconnected by stair cases. A lot of the rooms are minimally decorated and quite a bit of the furniture is oversized.
There are a few instances of sector clipping and hall of mirrors effects due to the way the map was built, but nothing too dramatic or game killing.

Game play is mainly key card based with a few button puzzles added in.
Due to the openness of the layout and the multi-storied construction of the building, finding the keys and locks can be slightly confusing and disorienting. Compounding the issue is that a good portion of the keys and locks are also hidden or placed in out of the way locations which can cause additional amounts of exploring.
Combat is pretty constant and the level is loaded with enemies. Until Duke can collect a few weapons and some ammunition it can be pretty difficult. It's also a good idea to try to find some stashes of health paks as the continual fire fights will wear on hit points. Once the map gets rolling and the building explored a bit deeper the resources become a bit more plentiful. 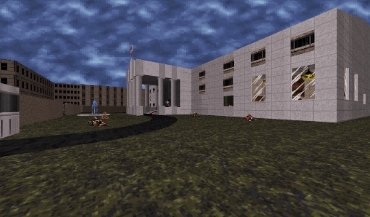 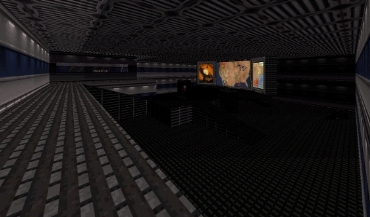 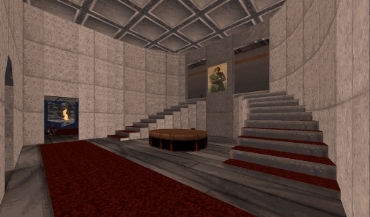 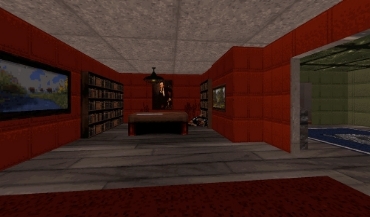 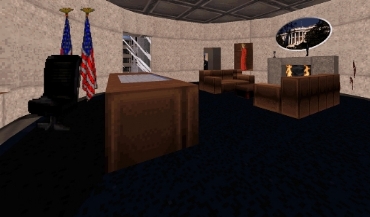 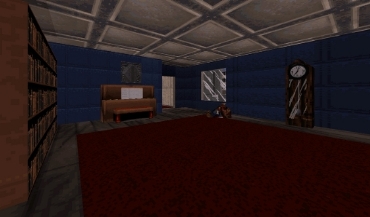