An EDF styled rocket base located in a series of underground caverns.
The map is pretty big and there are many places to visit that one would find in a military base spread out through a collection of interconnecting natural rock caves such as control rooms, shooting ranges, showers and locker rooms, storage rooms, offices, a cafeteria that looks more like a night club, power core complexes, a space rocket launching facility, an experimental lab, and many more.
The overall construction of the map is pretty basic, texturing choices can be a bit odd at times and redundant at others, shading is hit and miss, and architecture is blocky, but getting past the simplicity of it, it still provides a variety of atmospheres and different sceneries from one section to the next.
The layout is a linear room to room crawl with a few instances of having to go into side locations to retrieve a key or throw a switch in order to progress down the main passage.

Game play is key card hunting and switch throwing. There aren't many view screens or clues, but the layout is simple so finding what's needed is pretty much a matter of exploring the local vicinity of where progress is stopped.
The button puzzle in the reactor core room is slightly confusing since the door that is unlocked after the last switch is thrown looks rather like a wall and doesn't open automatically. Hit the button and check the walls before frustration drives you to a suicide jump across the deadly toxin.
Combat and enemy engagements are pretty even from start to finish which usually consists of clusters of mixed baddies located in most of the major rooms.
Supplies on the other hand are oddly placed. First there's barely anything, then there's more than you can carry, then again it runs dry. It's supposedly set up to challenge the player to survive during the "dry" periods, but it doesn't work out that way except at the very beginning. Once the player encounters a huge stash, there is more than enough to supply a small army so ultimately it ends up just being way too much. 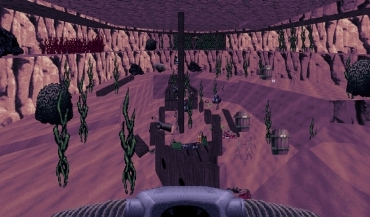 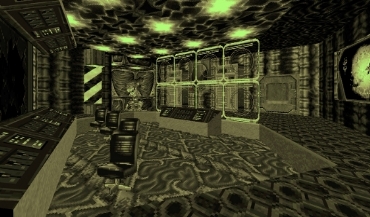 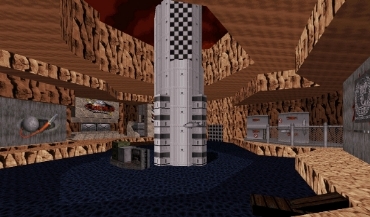 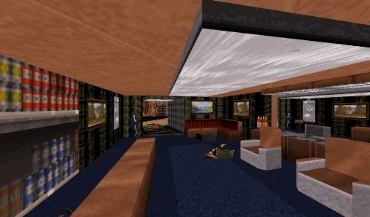 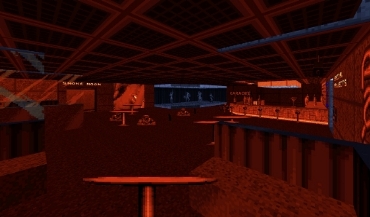 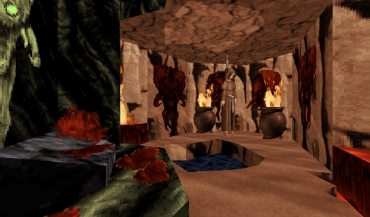