Another city yet again under siege from the aliens. A typical urban map with a dark and dingy atmosphere. Locations are fairly typical such as a swimming pool, a burning office building, a grocery mart, some roof tops, sewage tunnels, storage rooms, control styled rooms, and a large street area just to name a few.
Construction is rather simple and detailing is minimal which leaves several spots pretty plain and open, but it seems to fit the ambiance.
The layout consists of using the main street as a hub with the buildings around its circumference waiting to be explored in sequence.

Game play is mainly a key card hunt. Each new unlocked section either has another key to collect or a switch to throw which opens up new sites for investigating. Due to the setup with how the weapons and ammunition are distributed, a player can easily run out of ammunition with the one bullet weapon they have while trying to make a couple tricky shots at two buttons which unlock a portal. Poor luck or bad bullet management can get the player stuck with no way to progress.
Combat can be pretty tough in the beginning; the player is only armed with tripmines and pipebombs which is a bit unconventional. Some exploring later provides the pistol and freezer. Having to rely on just these weapons for a while is a nice changeup to the usual methods of gun dispensing. Eventually a few more of the conventional and other weapons are also rewarded to the player and things get back to what is the norm.
Health is there, but it's spread out around the street area which may cause Duke to stop what he is doing and go out wandering around collecting packs until he's healthy enough to continue. Eventually convenient spawns and stashes of supplies eliminate the roaming around and things move forward at a steady pace. 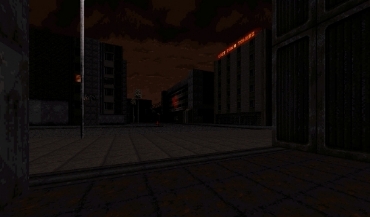 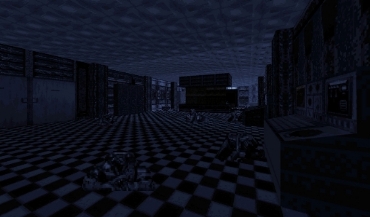 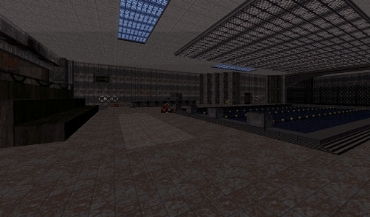 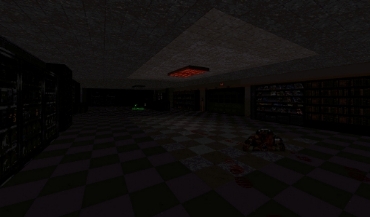