A canyon themed map with a dream sequence at the end.

The level has its shining moments, but there are a lot of issues beyond invisible walls and visual errors caused by overlapping sectors that mar this map. Several things are broke, the game flow is hampered by improper asset placement and bad puzzle design, and construction issues that can actually kill the player. Stay away from the edges of pools when surfacing from underwater.
The level starts out well enough on a deserted canyon road at night, the architecture is a bit blocky and there's pretty much no shading, but it's textured and detailed out just enough to give it some depth and atmosphere. The fighting kicks in, the weapon gets upgraded & the combat slowly escalates. Now the flow falls apart. Retrieve three keys. Three blue keys. So it's resorted into running back and forth over the same turf. Getting keys. One at a time. The respawns don't help it feel any more exciting. The enemies escalate, but there's almost no health or ammo in sight.
That's the theme for the rest of the map. Get a bit of health and no ammo, or a couple bullets and no health, but it's respawn after respawn after respawn to supplement your diet.
Most of the maps transitions and tricks work, but beware there are some things that are broke, or only half-work. One example is the roof transporter gimmick that is supposed to simulate climbing in and out of a hole. You can get stuck in it where you're 'bouncing' back and forth uncontrollably between the roof and the interior of the building. Squatting or holding the move forward key can sometimes get Duke unstuck.
In that same building there's a button that activates a lift so you can reach an upper floor of a nearby building. Hitting the button once raises it a little bit, twice a little bit more, the third time it finally starts to go all the way up. It moves at the speed of smell, but if you manage to miss it and have to bring it back down. Hit the button and go have some lunch while you wait for it to come down. Don't forget you have to hit the button three times to bring it all the way down, then three more times to make it go all the way up again.
As a side note, the ladder on the same building, which is used to access a ventilation shaft, isn't built properly and Duke only goes part way up. Some clever jumping should finish the ascent.
The third issue is during the 'dream' sequence. Duke has to climb up some spinning Duke heads. They're jammed practically one on top of another making jumping up to the next one pretty difficult. There's also a glitch at the top where a jump in the wrong spot will clip the player back a transition screen or two and into the out of bounds area, effectively making them stuck unless they cheat and clip back into the playing field.
The level is doable, but pretty difficult due to the constant flow of enemies with nearly no supplies where they're needed, and some potentially frustrating design choices and issues.
More fun than a Chinese finger puzzle. 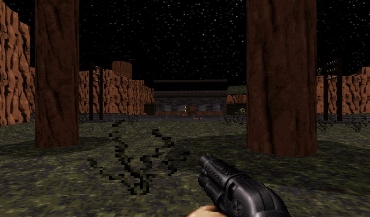 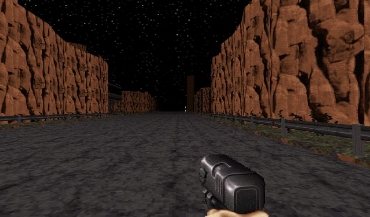 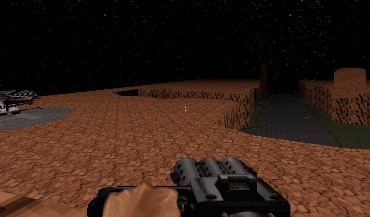 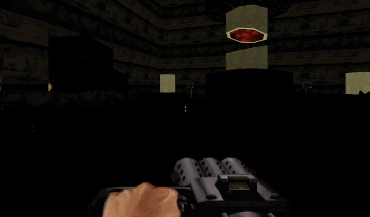 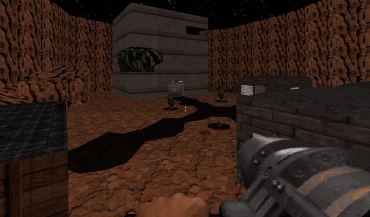 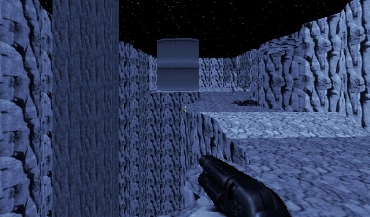