A canyon styled map.
Duke starts off in a small high-tech base and transports back in time to the Wild West days somewhere in the North American mid-west region.
There he must make his way through a series of winding canyons, caves, and a valley with a deserted and destroyed old town until he reaches a large cavern full of supplies that the aliens intend to use as a depot to arm their troops and take over Earth.
After taking out all the enemies in the past Duke must then transport forward in time and return to the base and file his report.
The layout is very linear with only a few minor juts from the main path that hold some supplies. Otherwise it's a straight path from start to finish.
Design wise it's pretty basic; there's not much to the architecture, but there are a couple neat little creations. The texturing can get redundant and a drain on the senses, but this is more likely due to the complete lack of wall shading.
Another issue arises due to construction techniques; the player can get stuck in several locations with no way out.

Game play is pretty much a key card hunt.
Find the keys back in the old west days and bring them to the base. They're pretty easy to locate since the map has almost no deviations to the floorplan.
The weapons are limited and the heavier stuff only has a small amount of ammo, but otherwise the ratios are pretty well balanced until the fight to reach the finish line is met head on. It can be pretty tough if it catches you off guard, but it's do-able. 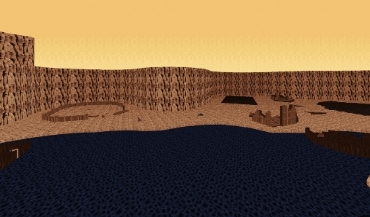 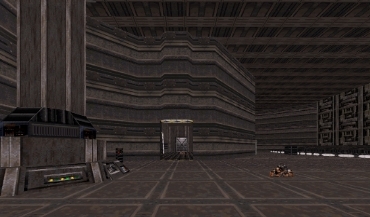 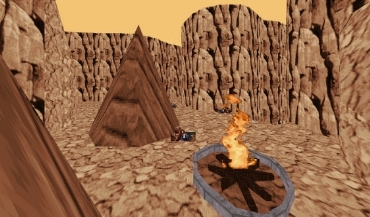 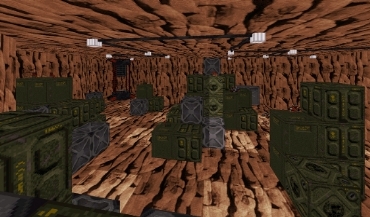 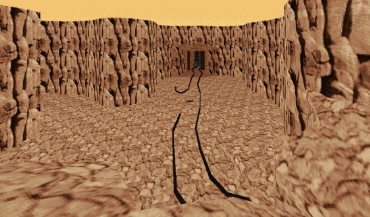