*requires Duke Nukem 3d 20th Anniversary World Tour for TILES021.ART and TILES022.ART. Will work with the Atomic Grp file as long as the included con files are used.
Polymer is also recommended. The load on most computers will be pretty light and won't dramatically affect the fps.

An urban map. But was it a dream?

The level visits many locations while Duke navigates through a couple city blocks. Apartments, streets, a restaurant, and a subway, to name a few.
The guy gets around. It's all quite well detailed and nicely textured with some solidly built architectural structures. The ambient sounds do fluctuate from frequent to none, and the shading is minimal in most areas since it gets most of it's lighting atmosphere from the polymer effects.
The map can be pretty tough in a few locations; either due to the minimal amounts of ammunition found in the map, or the slightly confusing path.
Avoid enemies if you can, or hope for generous alien drops. If you get lost or confused about where to go, look up.
The layout is done well, but some of the platforming is pretty subtle in its presentation.
More fun than an empty toilet tissue roll.

Note:
The author released a survival-horror mod with the same name. Check it out over at Moddb: 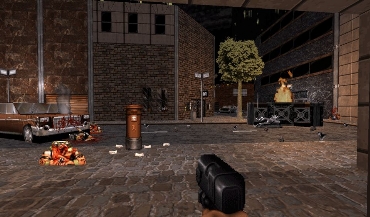 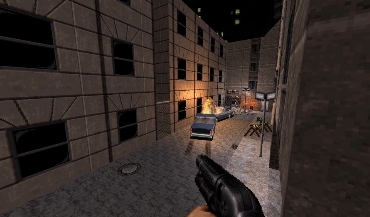 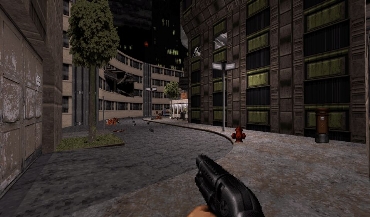 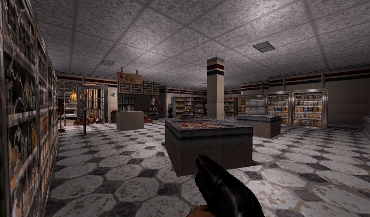 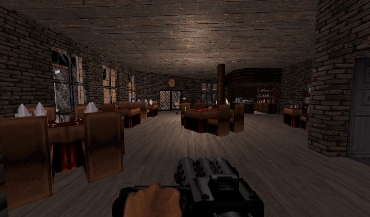 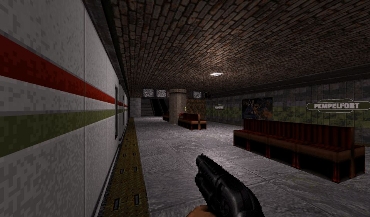