A medium sized industrial waste facility taken over by aliens.
The first three quarters of the level takes place inside a factory styled facility then moving to a large outdoor canyon area covered with snow and ice and serving as the hub for the final portion of the map.
Fairly well designed and constructed; the atmosphere is set with strong shading, prominent trimwork and a complimenting set of textures. There are a few visual glitches caused by some of the methods of construction, but nothing that breaks the game.

Basically a key card search that's frequently interrupted by ambushes. A set of keys needs to be located to exit from inside the building, and then another set of keys must be found to escape from the facility grounds.
Most of the combat is set up in surprise attacks so there are only a few instances where the enemy can be seen before they see you.
The weapons and ammunition ratios are adequate, but health is pretty rare in the later part of the map.
There are limited view screens so it can be possible to exit the facility without grabbing the last red card then wander about a bit if it wasn't seen the first time through the factory. 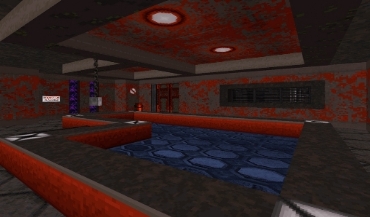 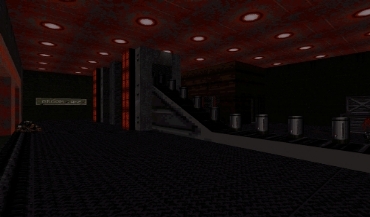 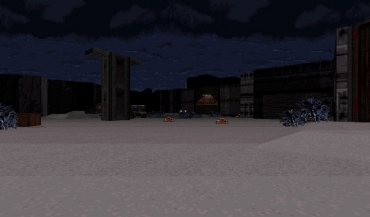 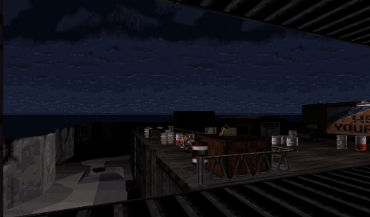 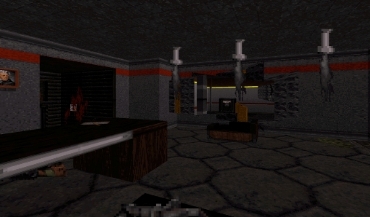 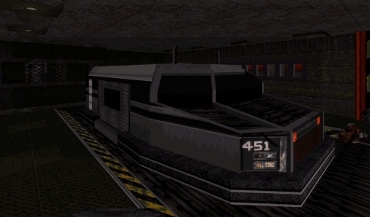