An artic styled map consisting of frozen caves and valleys, and icy underwater caverns.
While not architecturally phenomenal or highly detailed, the level is solidly constructed from start to finish. The frosty passageways with gaps in the roof providing skylights, strong shading, floating chunks of ice bobbing in pools of water, and the snowy drifts and slopes add a nice touch to the ambiance.
The layout plays in a series of loops where the player explores out to a certain point then passages lead back to an earlier frozen valley hub with an icy pool in its center.
A key is gained or a new passage is opened which allows the player to get a little farther into the map before the new section leads the player back to the hub to once again navigate even deeper into the level.

Game play is a key card hunt.
Most of the keys and locks are fairly easy to find with the exception of the red key. It's cleverly hidden at the top of a cliff face with access gained by leaping up a series of ice covered rocky juts. With everything having the same textured surface the path is somewhat camouflaged into the valley wall and may be passed by once or twice until seen from the proper angle.
The ammo to alien ratio is pretty thin which adds to the challenge, but smart bullet management will leave the player with enough to get by on. Even if the player gets caught short on fire power there's more health than can be possibly used, especially if the secrets are located, so running around a bit until a stash of ammo is found isn't much of a problem.
In order to finish the map it's required to jump into a room full of newbeasts. There's pretty much no way to eliminate them all so it's best to be quick and go for the exit button before being slashed to pieces. 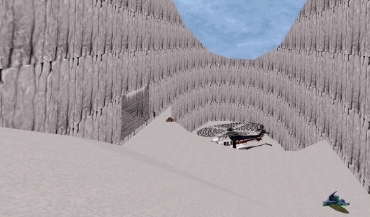 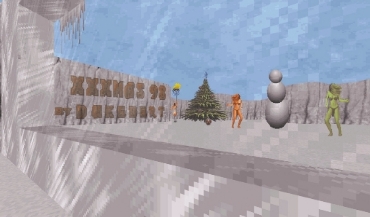 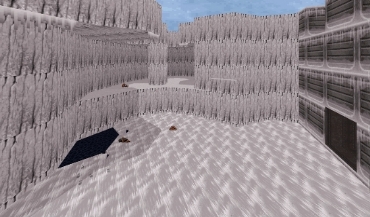 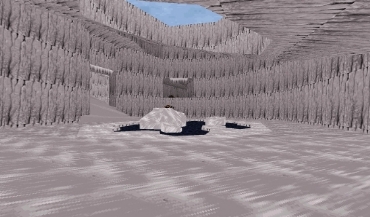 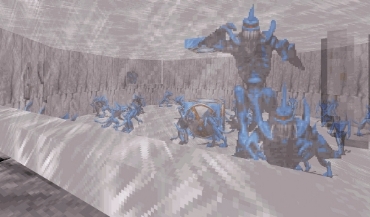 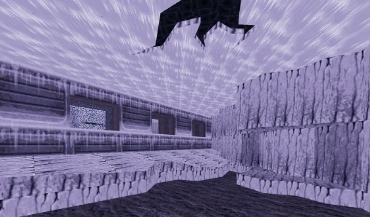