Mostly an urban based map, but there are several other environments tossed in seemingly at random.
They can range from space station to underground caverns to alien bases. The urban sections consist mainly of a hotel like building with lobby and pool area, a subway station, a short street section, a sports stadium, and apartment or office building styled rooms.
Architecture is pretty standard; nothing that really jumps out as special, but it's enough to get by on.
Texturing, shading, and detailing are just as random and messy as the sudden location shifts. Some areas look real polished while others look like they were skimmed over and left half-baked.

Game play is mainly a key card hunt.
The difficulty in the puzzle department is the many hidden doorways blended into the walls. With the sporadic and weak shading some of them are pretty difficult to find.
There are also a few non-blocking masked walls that hide passages and present a problem in locating to progress. Fake cracks, switches that seemingly do absolutely nothing and pointless side passages just add to the confusion.
The level is not easy to navigate and can cause alot of aimless wandering trying to figure out where to go.
Couple all that with multiple booby traps and ambushes, in addition to being required to find the jetpack which is stashed in an obscure side passage in order to finish the level and the end result is a big box of frustration.
Combat is also quite challenging. There's a decent amount of available weapons, but ammunition and health are very scarce so expect to survive on fumes for a while until you happen across a tiny stash. 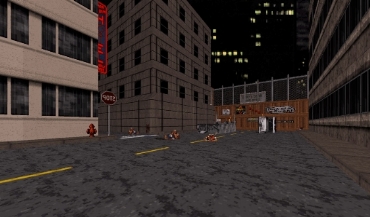 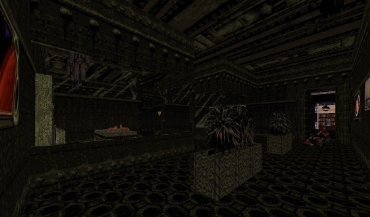 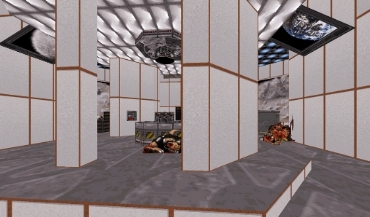 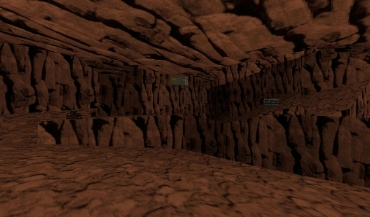 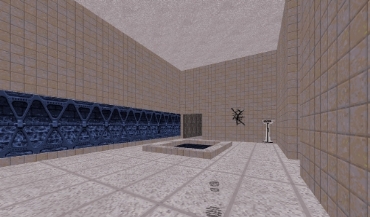 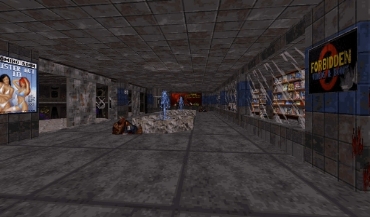