A city styled map.
The level is quite expansive and open. There are several blocks of street areas, a park, and multiple buildings with deep indoor sections that go on for several rooms and floors.
Visually it's pretty well done, but the streets seem pretty narrow and confining; especially later in the game when the player needs as much room as they can get. The atmosphere is quite interactive with quakes, explosions, and a multitude of sounds to keep the senses tuned in.
The layout is a maze of locations and quite confusing to progress. There probably is a method and sequence to the madness, but it's also quite easy to get to places that probably aren't supposed to be reached until later in the game. I'm pretty sure I bypassed alot of sections. Having hidden underwater passages and some obscure switches and touchplates doesn't help matters any when trying to go about things as they were intended.

Game play is survival.
There are key cards and if the map is played like it's supposed to they're probably necessary.
The level is just stacked with enemies, but there are only a couple weapons stashed in distant locations. If these can't be found in a reasonable amount of time the player's screwed. Fighting off hordes of aliens, that range from troopers to mini-battlelords, with a pistol and limited ammo for that weapon is only going to last so long. I'm not sure when or where, I think it might have been a switch hidden behind a bookcase in some apartment, but something trips a spawn that consists of a large shipment of enemies and a few big bosses.
The con file provided is to keep the game from ending when one of these big baddies is killed. I also think the door that hides the exit is opened at this time as well.
The actual component to beating this map is to find the shotgun and RPG as quickly as possible. After that it's just a matter of wandering around until the exit is exposed. 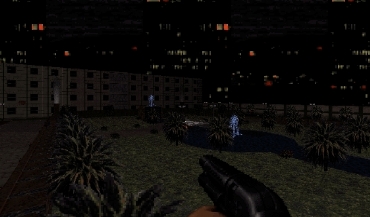 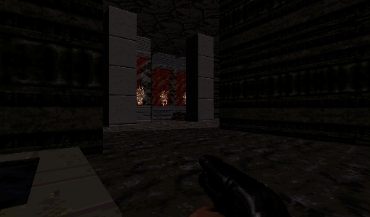 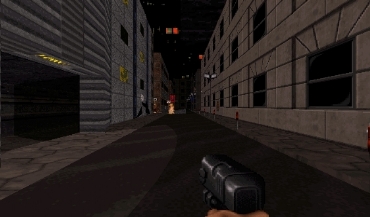 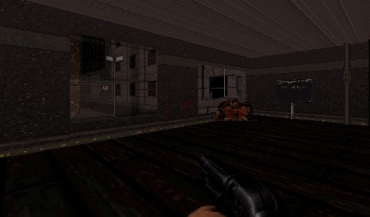 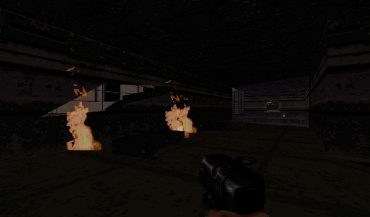 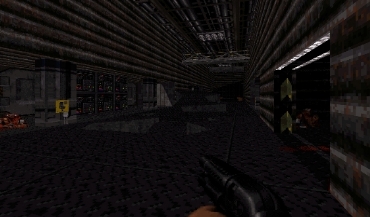