An interesting deathmatch level, one that may of been overlooked as being not that good a level, I think it's a good level as it's meant as a deathmatch.
It has a few interesting places to explore such as the skate park, library and many other places also on your first attempt you probably will not of discovered everything about this map but despite this the map is somewhat small but do not let that put you off.
One area will remind you of the very famous level three (Death row) church area where you can hide behind one of the glass panes, mind you this could be unfair to your opponents.
You can have upto eight or probably more players but I would recommend three at most as things do get a bit crazy.
There is small hiding places you can use also do not forget to get to the Center of the map where you can find the skeleton face and once you jump into the eyes you will find some guns.
If ever there was a game of hide n seek this would be an interesting map to do it in, not too big, not too small.

For it being a deathmatch, it's a rather good map as you have your weapons, plenty of areas to explore and plenty of killing. (Duke loves to kill people) make sure you give this one a try if you like your deathmatch.
Score: 70 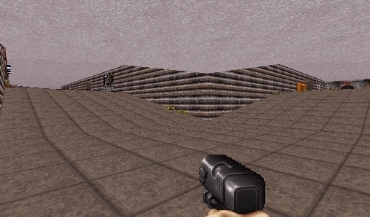 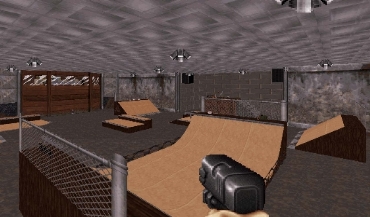 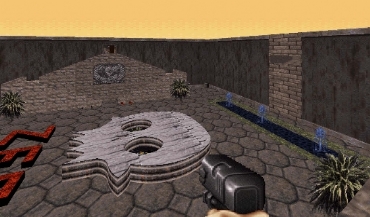 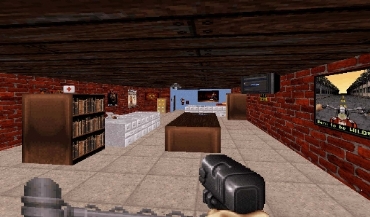 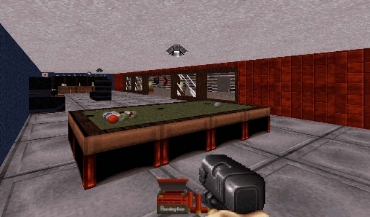