To run this game I had to extract the grp and drop eduke32.exe into the directory. Otherwise I was receiving a could not read art fault and the mod wouldn't launch.

The mod consists of several small levels which takes place in an abandoned city overrun by zombies.
The first level is a hedge maze on the edge of town, the second level is a street map.
The rest of the maps are primarily back alley and hallway maps, though one of them has a section recognizable as a library and another has a portion that is a prison, otherwise they pretty much all look alike.
The design of the maps are very simplistic; they are nothing more than a series of straight flat, square corridors. The wall texturing is the only thing that sets one apart from another. There is some nice accompanying music, the sounds effects are good and creepy, and there's some lightning effects in the outdoor areas, but that can only carry interest so far before it loses its edge.

Gameplay is mainly wandering through small mazes and throwing switches.
Being very linear this holds little to no challenge. There are new enemies; zombies, which kind of wander and bumble in smalls circles until they run into you, and a zombie-vampire bat boss, which does pretty much the same thing except it spawns zombies and can only be harmed in zombie form.
There are two new weapons; a semi-automatic pistol with unlimited ammunition and a chainsaw. The chainsaw is completely worthless since the pistol never runs out of ammo; unless you need something to change the pace because combat is incredibly predictable and dull.
It's almost a guarantee that there's going to be a zombie or three around every corner. The only difference being the city street level which has about ten zombies around every corner.
Regardless of pistol or chainsaw, combat is as follows: walk down a corridor and around a corner, hold the fire button down until all the zombies are shot or have shambled into the chainsaw blade, continue and repeat.
Boring is putting it mildly. Play the first level or two then shut it off; you've seen it all unless you really, really want to fight the boss. Then be glad the levels are as short as they are. 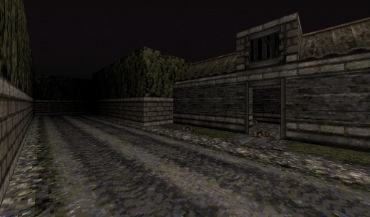 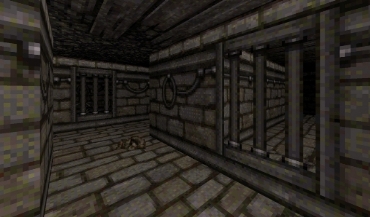 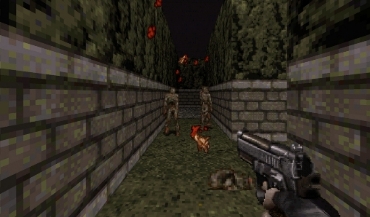 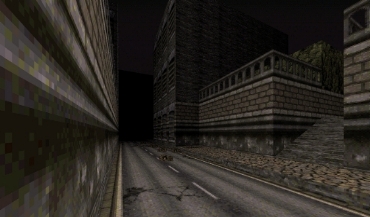 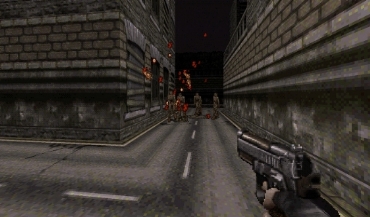 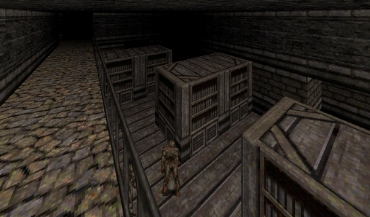