An industrial zone section of a city.
Most of it is warehouses, machinery, conveyors, sewers, and the like. There are a few street sections and some minor urban environments as well.
Construction wise, the base architecture and sprite work are there, but the minimal amounts of trimwork and detailing really make the level seem flat.
Lighting and shading are also hit and miss; some areas are very good while others seem forgotten.
The layout is pretty much a linear series of rooms, ventilation shafts, hallways, and alleys. Very little deviation for more than a room or two from the beaten path is present.

Game play is primarily a card hunt. Other than a minor vent maze and an semi-obscure wall crack towards the beginning of the level, there's not too much complicated about it until pretty deep in. There's a ventilation shaft the player is supposed to crawl in, but it seems to go nowhere. Wait long enough and the player is in for a nasty delayed effect. After that it's the home stretch to the finish line.
The alien to weapon and supply ratio is pretty good, but health can get pretty stingy for a while, and some of the indoor areas are a bit cramped making the fire fights a little difficult. 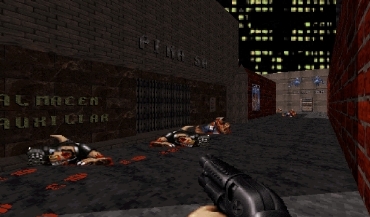 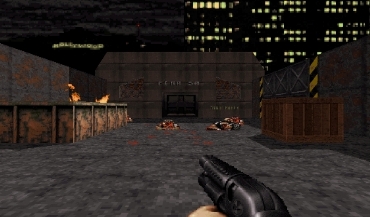 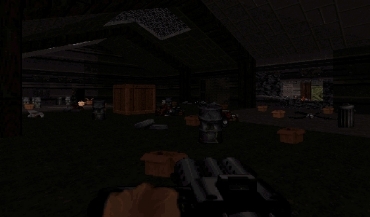 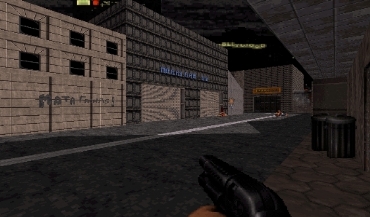 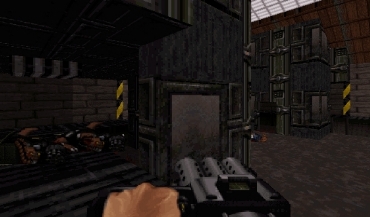 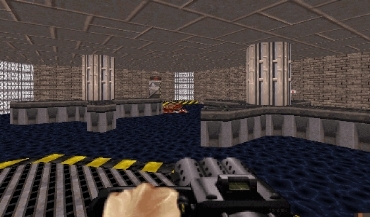