CGS : When did you first get in touch with Build/Mapster?
Merlijn : A loooong time ago, long before Eduke or even Jonof existed. Probably around 2000 or something.

CGS : What was your first map, released or unreleased?
Merlijn : My first 'real' map was called Tunnels, but it was never released and sadly enough I lost the file. It was a pretty bad looking city map, it was even more oversized then red1 (yeah, I know that's hard to believe, but it's true).

CGS : What is your favourite among your own maps?
Merlijn : Probably red5, because that map really feels like a journey and a complete story, it has my best scripted sequences and I still love how the underground sections of the base turned out - it's really freaky and atmospheric, especially for a duke map. Last change part 1 from Imperium is a close second though.

CGS : How many maps have you done?
Merlijn : When we only count solo maps: 6. I also cooperated a lot with other mappers though: examples are OGBB, Clear the coast and of course the Imperium episode.

CGS : Where do you get inspiration from?
Merlijn : My own imagination, horror stories and the music I listen to. And some locations in my maps are loosely based on real life locations (the restaurant floor and the cabins of red4 for instance). In the end, I always want to create a mini world with a story of its own within my levels.

CGS : Do you listen to music whilst mapping? If so, what did you listen to?
Merlijn : Yes, and it can be anything I like. From metal tot weird, obscure psychedelic music heh...

CGS : Do you see mapping as competitive?
Merlijn : Not really, I felt a bit of competion between Imperium and the AMC tc, but not in a bad way. And in the end we got 2 great releases out of it.

CGS : Do you still touch Build/Mapster?
Merlijn : Sometimes, I can't find the motivation to finish an entire level anymore though. I recently added a small contribution to a new CBP map, but that's about it.

CGS : Are you playing any DN3D maps these days?
Merlijn : Yes, I still check out new releases from time to time.

CGS : What's your favourite map of all time?
Merlijn : It's impossible to point out 1 level. I still love the roch series very much, and I think 'It lives' by Gambini is pretty brilliant.

CGS : What are your opinion about the HRP and Polymer projects?
Merlijn : I haven't got a strong opinion about it, I think the people behind those projects deserve credits for their great work, but my laptop won't run polymer so I can't really say a lot about it. Let's just say that there shouldn't be a competion between 'classic' and 'polymer'; both have their place and both are great in their own way.

CGS : What other games do you fancy?
Merlijn : I'm not really a gamer anymore tbh. But one of my favorite games ever is the first Unreal. Still has an amazing atmosphere and impressive levels.

CGS : Finally, is it something you'd like to say to the DN3D community?
Merlijn : You guys are awesome for still keeping the game alive! 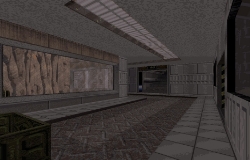 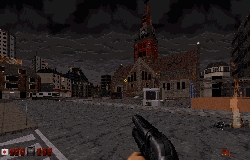